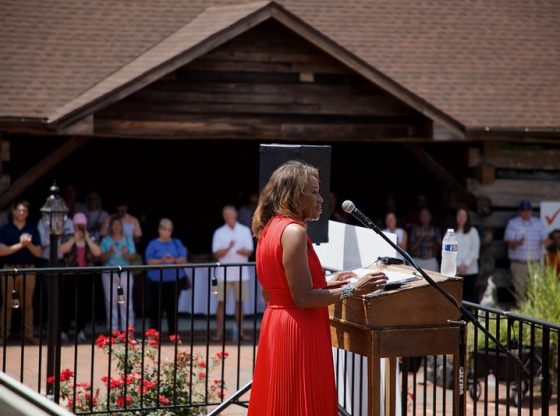 But Reid didn’t stop there, her extremist hyperbole continued: “You have to be willing to vocalize that these Republicans are dangerous. This is not a party that is just another political party that disagrees with us on tax policy. At this point, they are dangerous to our national security.”

On Fox News, Sears set the record straight and dared Reid to raise that argument with her face-to-face.

I wish Joy Reid would invite me on her show. Let’s see if she is woman enough to do that. I would go in a heartbeat, and we will have a real discussion without Joy speaking about me behind my back. She talks about white supremacy. Does she know that I ran against a white supremacist? Joy, come on. Get your facts straight and then come talk to me.

“I’m telling you that what you are looking at is the American dream,” Sears said, with her husband, also a Marine, and two daughters standing beside her.

Sears continued to wild cheers, saying that as a Marine, “I was willing to die for this country,” adding:

I say to you, there are some who want to divide us and we must not let that happen. They would like us to believe we are back in 1963 when my father came. We can live where we want. We can eat what we want. We own the water fountains. We’ve had a black president elected not once, but twice, and here I am, living proof.

“In case you haven’t noticed, I am black. And I have been black all my life, but that’s not what this is about,” she continued.

“What we are going to do is we are going to now be about the business of the Commonwealth,” she said. “We have things to tend to. We are going to fully fund our historically black colleges and universities. … We’re going to have safer neighborhoods, safer communities, and our children are going to get a good education.”

“I didn’t run to make history,” Sears said. “I just wanted to leave it better than I found it.”

Joyless Reid is a racist bigot. I demand the MSM to fire her! G-d bless Winsome Sears. 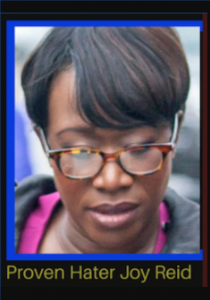