THURSDAY PDB – Biden’s DoD COVID Crackdown Harms Defense, Vets Want Afghan Accountability from Team Biden, US and NATO Beefing Up Against Russia, China Bulking Up Against US, Israel and US Working Together Against Iran, FBI Releases Declassified 9/11 Documents

THURSDAY PDB – Biden’s DoD COVID Crackdown Harms Defense, Vets Want Afghan Accountability from Team Biden, US and NATO Beefing Up Against Russia, China Bulking Up Against US, Israel and US Working Together Against Iran, FBI Releases Declassified 9/11 Documents 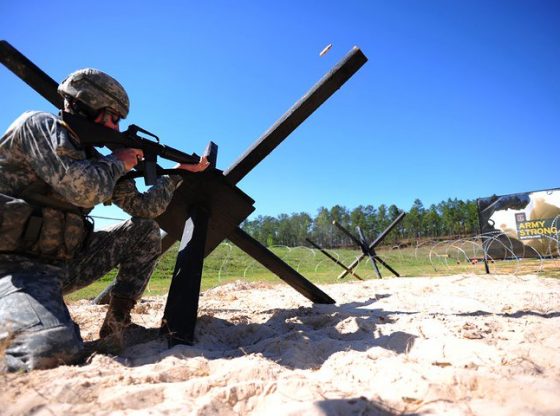 Troops who refuse COVID vaccines won’t be guaranteed veterans benefits, officials warn. Local commanders will decide whether to give other-than-honorable dismissals to individuals who refuse the vaccine.

As defense disruptions loom, Biden eases up on vaccine refusers. As the first deadline under federal vaccination orders hit Tuesday for active-duty Air Force personnel the Biden administration said firing those who refuse jabs should not be the first enforcement option.

The US just got out of Afghanistan and it’s already at risk of getting sucked into another country’s war. Washington is reportedly negotiating with Pakistan for long-term access to its airspace in exchange for assisting Islamabad with its own counterterrorism operations.

Veterans are united on wanting accountability for the war in Afghanistan. Like many of our fellow veterans, we were deeply unsettled by the collapse of the Afghan government to the Taliban after decades of American effort to stabilize Afghanistan.

China’s march toward a ‘world-class’ military, and how it threatens Taiwan. The annual “China Power Report” points to using force against Taiwan as a motivation for military modernization.

Pentagon: Chinese nuke force growing faster than predicted. China is expanding its nuclear force much faster than U.S. officials predicted just a year ago, highlighting a broad and accelerating buildup of military muscle designed to enable Beijing to match or surpass U.S. global power by mid-century, according to a Pentagon report released Wednesday.

Army resurrects artillery command in Europe. The Army recently announced the reactivation of the 56th Artillery Command in Europe, which deactivated in 1991 following the signing of the now-defunct Intermediate Range Nuclear Forces Treaty.

Germany, US plan major aerial drill to defend Europe. Air Defender 2023 will consist of a two-week exercise based in the European theater.

Iran seizes an oil tanker, but whose tanker is disputed. U.S. and Iranian officials gave conflicting accounts of a ship that was seized last month. Some reports said it was the same tanker the United States had seized last year. The Pentagon denied that.

Blue Flag exercise has Israel’s enemies seeing red. Despite the efforts of Israel’s adversaries, Jerusalem now fields its most capable military ever and is more diplomatically integrated in the region than it has been since Israel’s founding.

Biden bringing these illegal immigrants into our country without being vetted are as much of a danger to our citizens as the countries that are listed above. Biden as well as Harris should be removed from our WH. Neither one of them have enough brains to run run country.

People are waking up to find that the Almighty Vax is more lethal and harmful than the Almighty Virus it is purported to vanquish. The cure must never cause more harm than the disease. Watch refusals thin the ranks of dedicated first resonders, not to mention the Military.