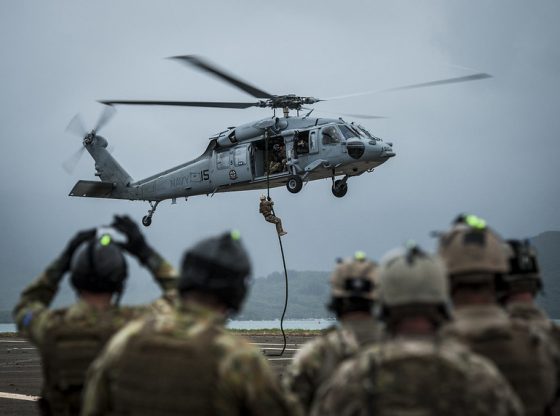 Alabama-based Army surgeon says she warned of COVID ‘vaccine injuries,’ was ignored. In a statement, a spokesperson for the 1st Aviation Brigade at Fort Rucker told The Washington Times Long appeared at the roundtable in her “own individual capacity.”

Igor Danchenko arrested, charged with lying to FBI about information in anti-Trump Steele dossier. An analyst who was a primary source for a 2016 dossier of allegations against Donald Trump has been arrested on charges that he repeatedly lied to the FBI about where and how he got his information, officials said Thursday.

Countering Erdogan: What Biden must do for the sake of stability. The United States should apply political and economic pressure on Turkey through NATO, and expand bilateral security cooperation with Greece.

Pentagon warns of China’s progress toward nuclear triad. China is expanding its nuclear force much faster than U.S. officials predicted a year ago, highlighting a broad and accelerating buildup of military muscle designed to enable Beijing to match or surpass U.S. global power by midcentury, according to a Pentagon report released Wednesday.

Milley: US ‘absolutely’ could defend Taiwan from China. Speaking at the Aspen Security Forum, Milley said he did not expect China to attempt to seize the self-governing island in the next 24 months, but should it happen, U.S. forces “absolutely have the capability” to defend Taipei, “no question about that.”

China has world’s largest navy with 355 ships and counting, says Pentagon. With 355 ships in its fleet, the People’s Liberation Army Navy (PLAN) is slated to expand its inventory to 420 ships within the next four years, the Pentagon’s annual China military report estimates. By 2030, the PLAN is expected to have 460 ships.

US Navy ship tracked by Russia on entry to Black Sea. A U.S. naval command ship entered the Black Sea on Thursday as part of NATO manuevers that drew a warm welcome from Ukraine but close scrutiny from the Russian navy.

Romania, Ukraine say more troops needed on the Black Sea. Ukraine and Romania want Western allies to step up their military presence in the Black Sea as they accuse Russia of militarizing the region, according to letters obtained by Defense News.

North Korean uranium mining picked up from 2017 to 2020. Satellite photos show accelerated mining efforts but the meaning of the activity is still unclear.