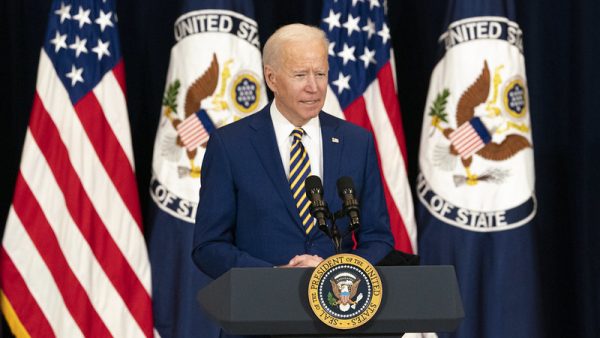 According to a report by the Institute for the Study of War (ISW), Iran-backed Asa’ib Ahl al-Haq (AAH) and Kata’ib Hezbollah militants attempted to assassinate Iraqi Prime Minister Mustafa al-Kadhimi during a terrorist attack on November 7. Meanwhile, President Biden condemned the terrorist attack but avoided blaming Iran.

“I am relieved the Prime Minister was not injured and commend the leadership he has shown in calling for calm, restraint, and dialogue to protect the institutions of the state and strengthen the democracy Iraqis so richly deserve.”

“I have instructed my national security team to offer all appropriate assistance to Iraq’s security forces as they investigate this attack and identify those responsible,” Biden said.

But most experts are certain Iran was behind the attack.

Iran likely supported and facilitated a failed attempt by its Iraqi proxy militias to assassinate Iraqi Prime Minister Mustafa al-Kadhimi to retain Iran’s dominant influence in Iraq. Iran likely permitted the attack after Iraqi nationalist Shi’a cleric Moqtada al-Sadr began to pursue a new government without the participation of Iran’s proxies in the aftermath of Iraq’s October 10, 2021, elections. Iran and its proxies are most likely to deescalate if Sadr agrees to form a consensus government without Kadhimi as prime minister.

However, Iran has demonstrably shifted its policy towards the current Iraqi government and may be willing to permit more violence to achieve its objectives: an Iranian-influenced government under a controllable prime minister who accepts Iran’s dominant position. In a less likely but most dangerous scenario, Sadr could deploy his own militias to counter Iranian threats, risking a wider civil war in Iraq.

Tehran most likely supported and facilitated the assassination attempt. Anonymous regional officials claimed that Tehran had prior knowledge of the attack but did not directly order it.[5] The participation of KH, Iran’s most loyal and ideologically devoted proxy, indicates that Iran had prior warning and the opportunity to stop the attack but chose not to. Iran has long used KH as a threat to keep Kadhimi in line, even as it offered boons in the form of political support for Kadhimi’s premiership from other proxy groups.

3000 years ago Persia had a good President, Cyrus, who helped Israel to rebuilt the temple in Jerusalem. Today the Iranian leaders want to wipe Israel off the map. Incredible difference. But the time is soon coming when the Iranian army and those like it will be destroyed and buried on the east side of the dead sea.

Someone probably had to tell Joe about the whole deal. He’s so out of it that he barely knows he’s alive. Few trust him to lead this wonderful country. I hope God steps in before Joe implodes the country.