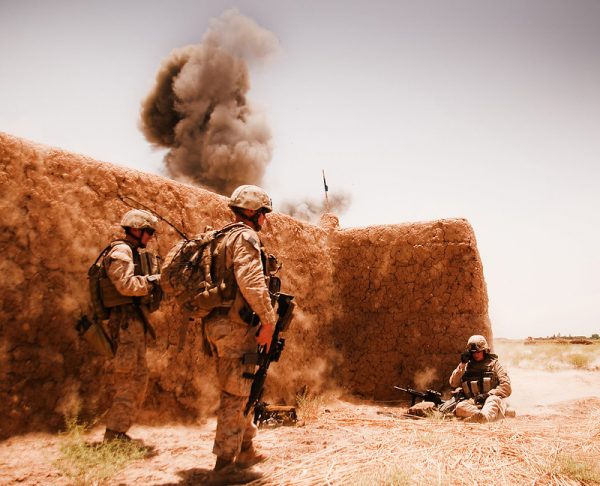 On November 7, Iranian-backed terrorist militias launched a coordinated suicide drone attack intended to assassinate Iraqi Prime Minister Mustafa al-Kadhimi at his residence in Baghdad. Iraqi authorities said that security forces were able to down two of the drones that targeted the prime minister, with the third one hitting his residence.

The Hill reported that “Six people on al-Kadhimi’s security team were injured from the attack, as they were outside of the prime minister’s residence in the Green Zone. The attempted assassination comes weeks after the country held general elections that were heavily influenced by Iraqi-backed militia groups, causing a low voter turnout.”

The election however produced significant losses for Iran-backed militia groups. Something Iran was not pleased with.

Per our earlier report, Asa’ib Ahl al-Haq (AAH) and Kata’ib Hezbollah militants backed by Iran appear to be the groups behind the assassination attempt, even as President Biden avoids naming Iran.

But what are their goals?

According to a report by the Institute for the Study of War (ISW) Iran and its proxies intended the attack to accomplish three primary objectives:

EXPECT more Iran-sponsored or approved violence in Iraq. Especially as Team Biden appears unable or unwilling to call Iran out on its terrorism. ADN

The Irani Shias and the Iraqi Sunnis have been at it for generations, ever since Ali. Why should they suddenly cease being at each others’ throats now?