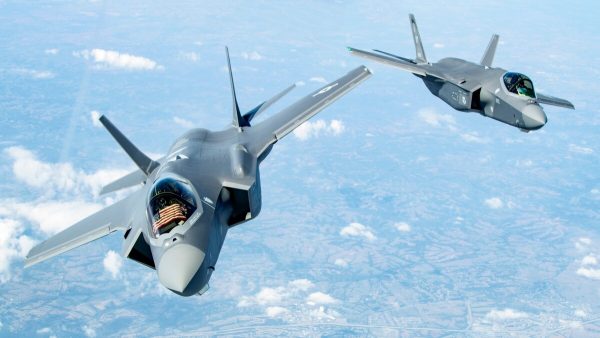 He went viral, to the brig and now is leaving the Marines. His family says the Corps failed him. “The worst display of management and leadership I’ve ever seen,” Stuart Scheller Sr. said about the Corps dealing with his son, who was fired and is now leaving the Marines after posting a viral video demanding “accountability.”

Lawsuit filed on behalf of Navy SEALs facing intimidation for seeking religious COVID-19 vaccine exemptions. At least 35 Navy SEALs are claiming they are being intimidated into submission by the military to get vaccinated

OVERBLOWN AND POLITICIZED THREAT – The Biden administration cannot let our military be a training ground for extremists. Extremist organizations intentionally target servicemembers and veterans in their recruiting, hoping to use experience gained in our military and turn it against the same American freedoms and values that they previously swore an oath to defend.

Adding India to the Five Eyes would cause a new Cold War, Pakistani official says. Proposal in the U.S. Senate draws harsh words as Islamabad works up a new anti-terrorist effort.

Australia seeks ‘more proactive’ role in Indo-Pacific. The ambassador says Australia can no longer be a “passive recipient” in today’s strategic environment.

Pakistan receives new Chinese-made frigate. How would it fare against India’s Navy? Pakistan on Monday commissioned the first of four Type 054A/P frigates during a ceremony at the Hudong Zhonghua Shipbuilding yard in Shanghai, China.

US tests Israel’s Iron Dome in Guam as defense against Chinese cruise missiles. Israel has used it to intercept thousands of Palestinian rockets and mortars. Now the Iron Dome missile-defense system is being tested in Guam by U.S. military planners concerned about possible Chinese attacks.

West accuses Belarus of orchestrating migrant crisis at Polish border. Poland has massed thousands of troops on its border with Belarus to keep out Middle Eastern migrants who have set up camp there, as Western officials accuse Belarus’s leader of intentionally trying to create a new migrant crisis in Europe.

How Army special ops can push back against Russian aggression. Special operations forces can make a difference, but their roles need more definition.

Let’s get to know Space Force, Trump’s most misunderstood creation. Two years ago, the U.S. Space Force was established as the first new U.S. military branch in 73 years.

No ‘surrender’ — What really happened between US and British Marines at a training exercise. The headline appeared last week in the UK’s Daily Telegraph. The article beneath had an almost breathless tone to it, unusual for a paper that is considered a serious broadsheet.