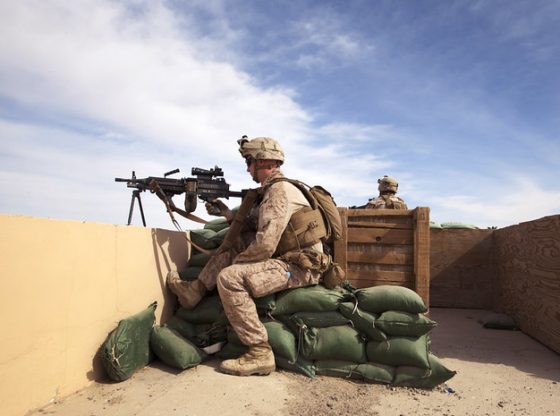 ‘CAUSE FEDERALISM – Pentagon says it can overrule Oklahoma Guard on vaccinations. The Pentagon weighed in Monday on Oklahoma’s decision to defy a mandate that National Guard troops get COVID-19 vaccinations, saying Defense Secretary Lloyd Austin has the final authority despite the state’s announcement.

AT TAXPAYER EXPENSE – Trans veterans seek VA coverage for surgery, but agency still drafting proposed rules. The VA has yet to release details about when the surgeries will be offered and whether VA surgeons will perform them or if it will refer patients elsewhere.

The military keeps finding it did nothing wrong when it investigates itself. In war, things inevitably go wrong and people die as a result. But as events in Syria, Kabul, and Niger and elsewhere have shown, the military has a tendency to use its investigations to absolve itself rather than to hold senior leaders accountable for their mistakes.

US urged to help more people escape Taliban-led Afghanistan. Several hundred Americans are reported to still be in Afghanistan, though not all have indicated they want to leave, Biden administration officials have said.

NO RESPECT FOR BIDEN – Biden-Xi talks: China warns US about ‘playing with fire’ on Taiwan. Chinese President Xi Jinping has used a virtual summit with US counterpart Joe Biden to warn that encouraging Taiwanese independence would be “playing with fire”.

Navy officer guilty of hiding ties to Chinese businessman. Lt. Fan Yang faces up to 30 years in prison at a sentencing hearing scheduled for March 16.

NATO chief signals support to Ukraine amid Russian troop buildup. NATO Secretary-General Jens Stoltenberg has assured Ukraine of the alliance’s backing amid what he called an “unusual concentration” of Russian forces in the area.

Space Force satellite jammers shut down enemy communications, temporarily. U.S. military officials and analysts have warned that China and Russia are building an arsenal of weapons designed to interfere with space-based capabilities of the United States.

US Marine Corps – Only Service Born in a Bar – Tun Tavern in Philadelphia, to be Exact
‘Proud Boys’ Leader Serving Five Months in Disgusting DC Jail for – Burning a BLM Flag

joe biden, national international fxxx up, the entire world now is laughing at his lack of leadership, wants to change the United States, well he has done that, we have HUGH shortages across our Country, inflations across the Country, recession across the Country and the only surplus we have ARE illegal aliens,which he wants to raise taxes for them and give them votung rights, they are not legal Americans, and are disease ridden invaders. Biden has fxxed up everything he has touch since being if office, now we have great inflation, leading into more recession, biden archaic policies sre dalt as he is, policird not wanted by Americans or the increase in taxes to disadvantage to the American people I said before a million times over fake election, fake president, joe biden and company, hold your nose the bidens are around, name one thing you done right since being in office? joe there is a difference for being an actor and a liar, you fxxxed up on both sides of that coin, this is sick, hope that Taliban aid, will be coming from the bidens art sales, said yesterday White House looking to hire “stage hands”, should have said stage hands an “actors” what a clown act, these democrats are so fxxxed up, when the hammer falls, jail will not be enough, they should be forced to return all income received both legal and illegal. Now joe, who lies about everything, we find out shared bank accounts with Hunter, you know the one he never discussed business with or Hunters friends with taken photos, who are now in jail. Biden suffers from total obfuscation, obscuring perception of all his lies, his concept of concealing, and communication by making it more confusing and harder to interpret. Professional liar as most of his appointed cabinet members, Mayorkas, Once Again, Defies the Law and Gives Employers the Green Light to hire illegal aliens, this man lied to Congress several times, has not honored his oath of office to protect and serve, broken several immigration laws, and has decided to implement his own laws without Congress. MANDATES ARE ABUSE OF POWER, Where is Congress on this matter?

Transexual operations have no relevance to national defense. The Department of Defense has gone bat-shit crazy in their rush to embrace the ‘woke’ sickies in our society.