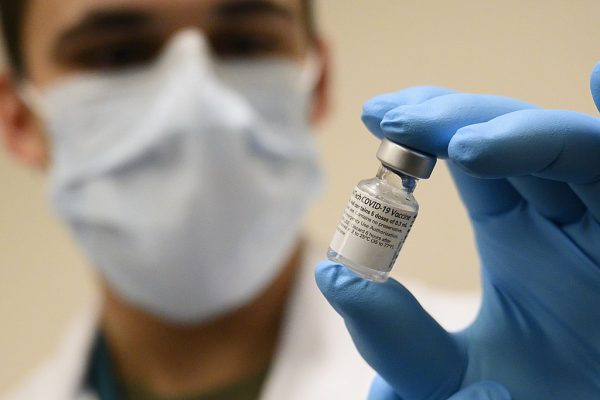 WHERE’S THE MONEY? As Pentagon fails 4th audit, officials have ‘no doubt’ it will eventually pass. The inspector general and independent public accounting firms conducted this year’s audit of DoD’s $3.2 trillion in assets and $3 trillion in liabilities.

Oklahoma’s vaccine mandate rejection won’t apply to Guardsmen going to drill weekend, DoD argues. Both the governor and adjutant general of Oklahoma have said they will not enforce the Pentagon’s COVID-19 vaccine mandate for troops under their authority. The question now is how much authority they actually have.

Oklahoma National Guard could deploy if called upon despite some troops declining the vaccine, state’s adjutant general says. The Oklahoma National Guard will be able to deploy enough troops to federal missions despite some ignoring a Pentagon requirement that all service members must receive the coronavirus vaccine, Oklahoma Adjutant General Tommy Mancino said Wednesday.

Other states hesitant to defy Guard’s COVID vaccine mandate like Oklahoma. The new adjutant general for the Oklahoma National Guard made headlines when he issued a memo suspending the Defense Department’s COVID-19 vaccine mandate for Guard troops in a Title 32 status last week.

POLITICIZED OVERKILL? – ‘QAnon Shaman’, Navy veteran, sentenced to 41 months for Jan. 6 riot. Jacob Chansley was in the Navy for about two years, enlisting in September 2005 and leaving in October 2007 as a supply clerk seaman apprentice, according to service record information.

China poses a national security threat unlike any the US has seen before. This week’s virtual summit between President Joe Biden and China’s President Xi Jinping may have restored a tone of respect between the world’s two largest powers, but U.S. intelligence is telling a different story.

US should restrict investment in China due to security concerns, panel says. A commission of security and economic experts convened by Congress recommended that the U.S. take more aggressive steps to dial back commercial ties with China, warning of heightened national security risks.

Austin: Moscow should explain its troop buildup near Ukraine. Ukraine’s Defense Ministry said last week that about 90,000 Russian troops are stationed not far from the border and in rebel-controlled areas in Ukraine’s east.

How the Belarus standoff is unlike recent migrant crises. The images at the Belarus-Poland border look familiar, but this emergency has little in common with previous waves of people from Syria, Myanmar and Afghanistan.

A sign that Iran is still pursuing nukes. On November 13, Iranian media outlets revealed the name of the new director of the Organization of Defensive Innovation and Research, an entity known by its Persian-language acronym, “SPND.”