Kennedy Aircraft Carrier to Be Cannibalized for Another Ship

Kennedy Aircraft Carrier to Be Cannibalized for Another Ship 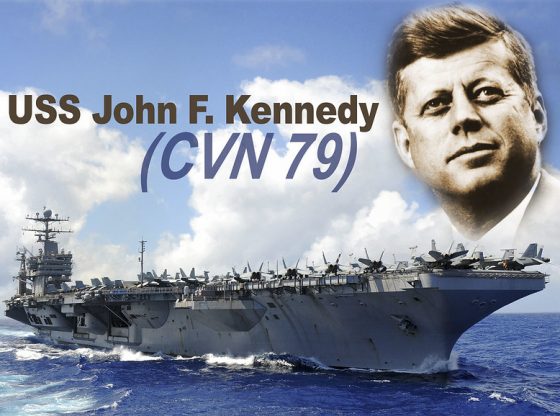 The Navy has been cannibalizing parts from a future aircraft carrier to ensure that the much-delayed and costly carrier Gerald R. Ford is ready to deploy next year, officials confirmed this week.

None of the parts transferred to Ford from the under-construction John F. Kennedy are expected to impact that future carrier’s construction schedule, according to Capt. Clay Doss, a Navy spokesman.

“This is not unusual early in a program and will occur less often as supply support matures,” he said.

Pentagon Delays Release of Potentially Politicized Report on ‘Extremism’ in the Military – Why?
DoD Looks to Update its Cloud Effort

Surprised it’s that high? do we really have that many democrats in the deep state? biden had his colon cleaned,now how is ge going to explain his gas attacks? He soiled his pants while visiting the Pope, lost his nerve again when on teleprompter with China,now were back to beating up the Nuns and priest at Hospitals,when are the Bishops going to put this phoney in place? Democrat radicals want you guns, it’s stories like this that scare the sxxx out of them, once again, has dalt biden, been right or correct on any one mater since he has been in office? “mr joe, i‘m above the law biden” amazing the never ending attributes he lacks,as well as no brains,used to be the joke how can you tell a lawyer is not telling their truth, his lips are still moving, now it should be all the fxxxen democrats in office, old farts can commit treason also, If there ever was any doubt about voter fraud, the lying Clinton’s along with the lying Bidens should change your mind, as you can see how they lie about most issues, the democrats have lied and are still lying about, the Economy, Guns, Energy ,Schools, Afghanistan Shortages,yes Election results.The hope is God willing our Country will last until 2022 when we take back the House and Senate. Would like to see all those who lied put on trial for treason with their intent not to honor there oath of office with abuse of power.