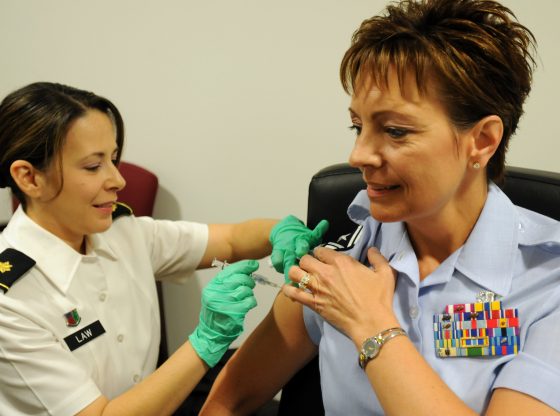 The Army won’t promote or reenlist troops who refuse the coronavirus vaccine and who haven’t requested an exemption, according to a memo from the service’s top civilian leader.

The new rules apply to active-duty, Reserve and National Guard troops, including those in at least one state where the governor doesn’t require the vaccine.

Army Secretary Christine Wormuth in a Nov. 16 memo lays out what will happen if soldiers refuse the vaccine and don’t have an exemption request pending. They will have their records flagged the day they make their final vaccine refusal, after a meeting with a medical professional and a second order to get vaccinated.

“I authorize commanders to impose bars to continued Service … for all Soldiers who refuse the mandatory vaccination order without an approved exemption or a pending exemption request,” Wormuth wrote in the memo.

Brandon is dismantling our military for China