Is Socialist Victory in Honduras a Win for Venezuela and CCP China?

Home /Analysis/Is Socialist Victory in Honduras a Win for Venezuela and CCP China?

Is Socialist Victory in Honduras a Win for Venezuela and CCP China? 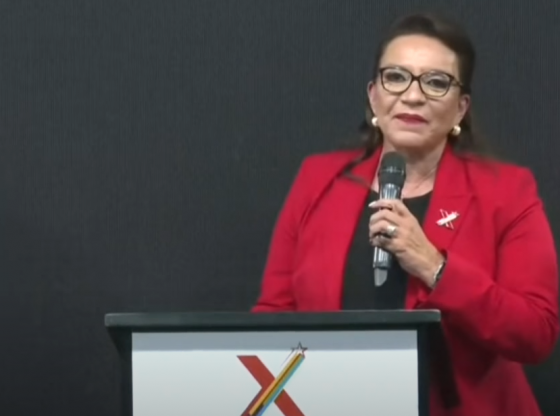 Xiomara Castro / Screenshot from the BBC News via YouTube

Castro’s Freedom and Refoundation Party program still seeks to “re-found” the country following “socialist democratic” principles. And many fear that she is simply a pawn to get her husband’s far left team back in office.

Castro is the wife of Manuel Zelaya, a former radical leftist president backed by Socialist Venezuela’s Hugo Chavez, who was removed from office in 2009 for violating the Constitution in his attempt to stay in office beyond limits established by the law.

The left called it “a coup.” The Hondurans called it the “rule of law.”

Zelaya was his wife’s campaign manager. His role in her government remains uncertain but his pulling her strings is expected.

She also promised a diplomatic opening to CCP China. Honduras is one of only a few countries that still maintain relations with Taiwan. However, in a blow to Beijing, she may now be reversing that pro-CCP position.

Castro has promised to end what she deemed a narco-state.

But migration is the key concern for the United States as Honduras is now the biggest source of migration to the U.S. While Biden-Harris is flailing at creating a  policy aimed at supposedly deterring migration, the Honduran  economy greatly depends on money sent home by its citizens working in the United States.

These remittances account for upwards of 20 percent of the country’s GDP and is a key reason these countries push their people to the U.S. illegally.

While Castro has said she would prioritize migration in talks with Biden-Harris, she has also referred to migration “as a social fact and as a right” which sharply contradicts the Biden-Harris’ alleged focus on deterrence. Unlike President Trump, Biden has so far struggled to find leaders in Central America to partner with his team on migration policy.

The radical left is now celebrating.

The current Socialist leader of Venezuela, Nicolás Maduro, most recently the beneficiary of yet another fraudulent election in 2020, congratulated Xiomara Castro Zelaya via Twitter on Monday, for her “historic victory.”

“Twelve years after the coup against Brother Manuel Zelaya, the people of (Francisco) Morazán resume the path of hope, granting a historic victory to the president-elect, Xiomara Castro,” the Venezuelan leader said.

“La Patria Grande celebrates the triumph of democracy and peace in Honduras. Congratulations!” And Castro responded with a “thank you, President Maduro.”

While Maduro may be celebrating in Venezuela, the CCP may not be as happy. The government of incoming president Castro is now stating that it does not plan to establish diplomatic ties with CCP China.

Salvador Nasralla … who is set to be one of Castro’s three vice presidents, told Reuters that any relations with China had to be weighed against ties with the United States.

When asked if Honduras would establish relations with China, Nasralla said: “No.”

China’s Foreign Ministry last week accused the United States of “arm-twisting” in Honduras ahead of the election – a tactic they know very well. ADN