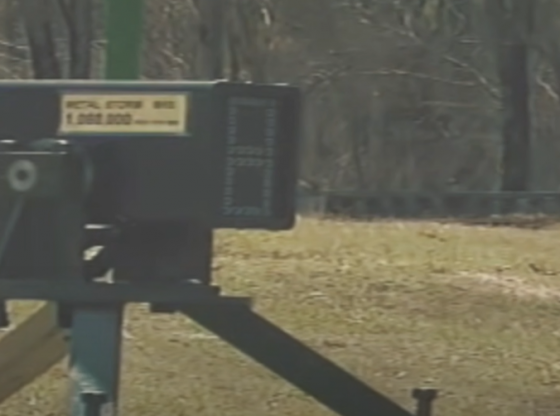 Metal Storm, a 3 Minute Primer: Until the invention of the first repeating rifles in the middle of the 19th century, the average soldier could typically fire about three rounds per minute. The truly skilled might have been able to get off the occasional fourth round, which is why for centuries armies lined up in mass – it was essentially the only way to ensure that some of the rounds would hit their targets.

Yet even that impressive weapon pales in comparison to the Metal Storm, an experimental weapon platform that could fire a reported one million rounds per minute.

While that might sound like the latest high-tech superweapon, Australian-based Metal Storm Inc. actually started developing its 36 barrel prototype system in the 1990s. Unlike modern machine guns this weapon is unique in that it has no moving parts, but still manages to fire 180 rounds in less than one-hundredth of a second. With its special caseless 9mm ammunition, no armor in the world would be capable of stopping it.