US Sanctions European, Latin American Groups and Individuals for Ties to Organized Crime

US Sanctions European, Latin American Groups and Individuals for Ties to Organized Crime

On Wednesday the U.S. Treasury Department announced it was imposing sanctions on dozens of people and entities in Europe and the Western Hemisphere for links to organized crime. This is the latest in a series of sanctions announcements.

The Treasury Department said that 16 individuals and 24 entities were targeted by these new sanctions.  Its statement said:

“Transnational organized crime and corruption often go hand in hand with massively destabilizing effects on rule of law and democratic governance,” said Director of the Office of Foreign Assets Control Andrea M. Gacki. “Treasury will continue to aggressively dismantle links between transnational criminal organizations and corrupt activity, especially by those in office who hold the public’s trust.”

According to Reuters, “Secretary of State Antony Blinken said gangs that operate across borders were destabilizing and often colluded with government officials.”

“We also know that organized crime backed by corrupt actors can destabilize rule of law, erode confidence in public institutions, and weaken democratic governance,” Blinken said in a statement.

The Treasury said it slapped sanctions on Osiris Luna Meza, the chief of the Salvadoran Penal System and vice minister of justice and public security, and Carlos Amilcar Marroquin Chica, chairman of the social fabric reconstruction unit.

It accused the officials of leading, facilitating and organizing a number of secret meetings with incarcerated gang leaders including of Mara Salvatrucha 13 (MS-13) as part of El Salvador’s efforts to “negotiate a secret truce with gang leadership.”

El Salvador’s President Nayib Bukele on Twitter denied his government was negotiating with the gangs, instead placing blame on the previous government and former mayor of San Salvador.

“It is clear that the interests of the United States government have NOTHING TO DO with democracy, in ANY COUNTRY,” Bukele added later. “It’s funny that there are people who think that is the case.”

However, the Treasury Department statement noted that:

In 2020, Salvadoran President Nayib Bukele’s (Bukele) administration provided financial incentives to Salvadoran gangs MS-13 and 18th Street Gang (Barrio 18) to ensure that incidents of gang violence and the number of confirmed homicides remained low. Over the course of these negotiations with Luna and Marroquin, gang leadership also agreed to provide political support to the Nuevas Ideas political party in upcoming elections. ADN 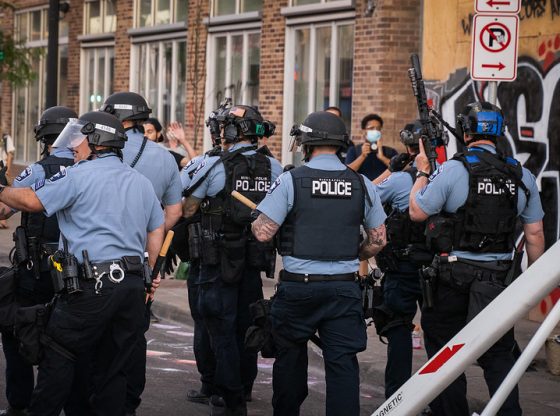 Was Biden(Hunter), Harris, Pelosi, Schumer, the dnc, the various cair groups, antifa, blm, and hundreds of others included?

And Dr. Falsie and the CCP, what about them? What about the unholy alliance between Mega-Pharma and Mega-Government enriching an upper crust via vaccine mandates while honest physicians testifying to the efficacy of inexpensive hydroxychloroquine and ivermectin are massively SILENCED?