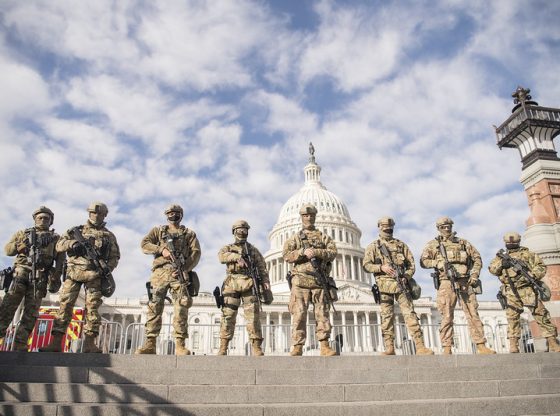 The former lawyer for the commander of the D.C. National Guard has accused Army leaders of lying to Congress and the Pentagon’s inspector general about how they responded to the Jan. 6 Capitol attack.

Col. Earl Matthews, the staff judge advocate for retired Maj. Gen. William Walker, who oversaw the Guard on Jan. 6, wrote in a Dec. 1 memo that he identified “myriad inaccuracies, false or misleading statements, or examples of faulty analysis” in a report from the DoD Inspector General. Matthews specifically targets statements made by Lt. Gens. Walter Piatt and Charles Flynn, the former director of Army staff and deputy chief of staff for operations, respectively.

The memo was first reported by Politico.

Read more at Task and Purpose

To do as the article suggests, would require arresting democratic/rino people in congress, the fbi, other intel agencies, operatives for antifa, blm, china, and iran; but we all realize that shall never happen.

Is COL Matthews the Herr Oberst of the Waffen SS? Let’s hope NOT.