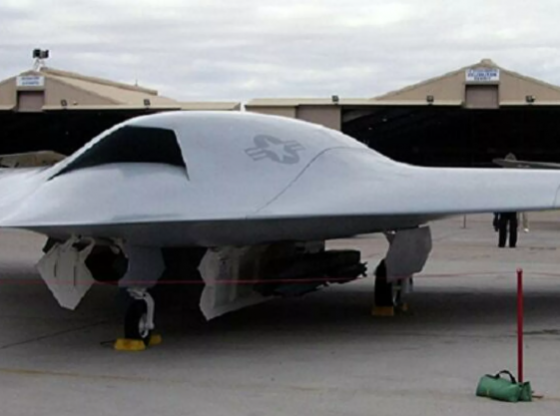 The Boeing Manta X-47C space plane was part of a radical design for a hypersonic spaceplane engine by a Chinese American engineer which was dropped by NASA in the early 2000s because it was deemed too costly. But now the Chinese Communist Party (CCP) has built and tested a 6,000 mph prototype based on the same 20-year-old design.

As the U.S. Sun reports, the design was proposed by Ming Han Tang, a Chinese American who was the chief engineer of Nasa’s hypersonic program in the late 1990s. The Sun adds:

The design has attracted increasing attention because “understanding its work mechanism can provide important guidance to hypersonic plane and engine development”, Tan and colleagues said in a paper published in the Chinese peer-reviewed Journal of Propulsion Technology.

The Sun continues, based on a story in the South China Morning Post:

The engines could switch to a high-speed mode and accelerate to more than five times the speed of sound. Yet the Boeing Manta X-47C, a programme to test Tang’s design was ditched by the US government in the early 2000s because it was deemed too costly.

In today’s rapidly militarising China, however, money is no object — especially if it keeps the communist regime ahead in the arms race.

And, so professor Tan Huijun and his colleagues, at the Nanjing University of Aeronautics and Astronautics in the eastern province of Jiangsu have built a prototype machine based on Tang’s blueprint.

The design has attracted increasing attention because “understanding its work mechanism can provide important guidance to hypersonic plane and engine development”, Tan and colleagues said in a paper published in the Chinese peer-reviewed Journal of Propulsion Technology.

It comes as China fired a hypersonic missile around the globe in October with the US left reeling by the terrifying display of military strength.

China’s secret rocket carried a hypersonic glide vehicle that circled the globe before speeding towards its target. The hypersonic missile test was carried out on a Long March 2C rocket.

Some experts called that Chinese hypersonic rocket launch a ‘Sputnik Moment,’ referring to the 1957 Soviet satellite launch that pushed the United States into landing a man on the moon by 1969. ADN

CIA Working on Cryptocurrency Project
Killing James Bond? A ‘Non-Binary’ 007 is Possible According to Producer

China once put a shot trap in their tanks. Not worried about them using rejected designs. But worried how much China has bought off people in our government ala The art of War.

As I have posted for several years we have a Democrat Communist Party of America.
This was confirmed by United States Senator Richard Blumenthal, when he handed out awards to the Democrat Communist Party of Connecticut and he stated it was a pleasure to be with you.
As a child I was made aware of the than current expression “BETTER DEAD THAN RED”,
referring to the “COMMUNISTS”
Wake up AMERICANS.