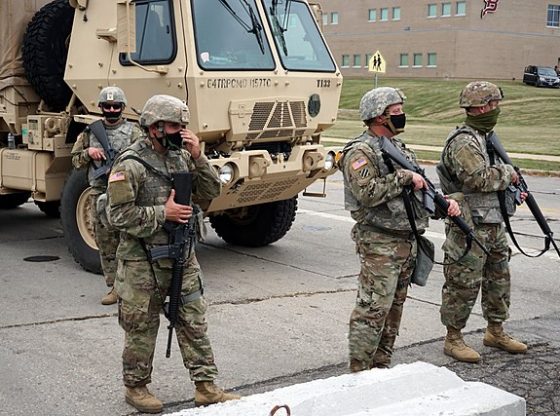 DES MOINES, Iowa (WOWT) – On Tuesday, Nebraska’s Gov. Pete Ricketts and Iowa’s Gov. Kim Reynolds — alongside three other Governors — sent a letter to the Department of Defense requesting the withdraw of vaccine mandate directives to National Guard members that are in Title 32 duty status.

Their release states that the U.S. Supreme Court has affirmed that the National Guard is under the command and control of state governors until those members are called up to active-duty status.

Gov. Reynolds is reportedly requesting the federal government abide by the law, allowing her to retain authority over the Iowa National Guard members and allow them personal choice without penalization of their status with the guard.

See Unique New US Drone Design
If Liberals Want to Change DoD, This is What they Need to Do