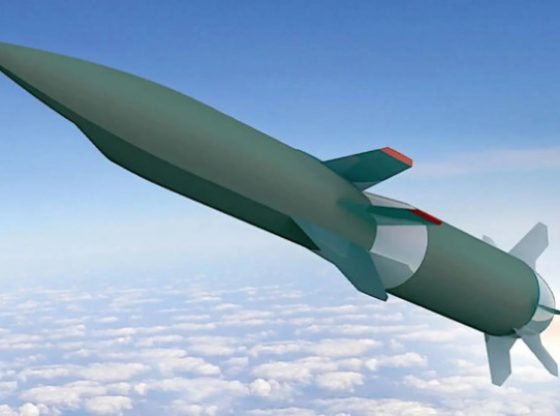 Tsirkon: a Real Threat to America? As noted Russian journalist Pavel Felgenhauer pointed out in November 2021, “President Vladimir Putin declared that if the West deploys missiles to Ukraine that could reach Moscow ‘in five to ten minutes,’ Russia is ready to counter by deploying a ‘new naval hypersonic missile, which may reach [Western] decision-makers in 5 minutes, flying at Mach 9 speed.’ (Militarynews.ru, November 30).” (Emphasis added). Russia’s new nuclear-capable naval hypersonic missile [the Tsirkon] was hyped by Putin as having a speed of Mach 9,” stating that it would become operational in 2022.

The context of Putin’s statement was preparations for a Russian invasion of Ukraine, not NATO missile deployments. Nine days after Putin’s nuclear threat, Deputy Foreign Minister Sergei Ryabkov warned about a Ukraine conflict becoming a new Cuban missile crisis. Ten days after Putin’s nuclear threat, Russian Chief of the General Staff General of the Army Valery Gerasimov declared, “…any provocations by the Ukrainian authorities to settle the Donbas difficulties militarily will be thwarted.”

Putin’s claimed timelines for U.S. missiles attacking Moscow from Ukraine are ridiculous. He said, “I will repeat this once again that the issue concerns the possible deployment in the territory of Ukraine of strike systems with the flight time of 7–10 minutes to Moscow or 5 minutes in the case of hypersonic systems.” Since the U.S. only has subsonic cruise missiles which travel at less than Mach 1, their flight time would have to be over five times greater than Mach 5 hypersonic missiles, and Mach 5 is only the threshold of hypersonic speed. What Putin was talking about had nothing to do with the deployment of U.S. missiles to Ukraine. However, it was apparently aimed at deterring any U.S. effort to support Ukraine against Russia, which was threatening an invasion through the threat of nuclear strikes against “decision-makers.”

The supposed U.S. deployment of missiles in Ukraine that could reach Moscow is purely fictional. It is literally a rehash of Soviet-era propaganda that the U.S. Pershing II non-strategic ballistic missile threatened Moscow. The Pershing II was designed to have insufficient range to attack Moscow. Its nuclear warhead was not capable of destroying hard and very deeply buried targets such as the Moscow bunkers. The penetrator warhead that could attack hard and very deeply buried bunkers was terminated in the FY1982 budget process. The U.S., at some point, may deploy conventional missiles (the distinction between conventional and nuclear-capable missiles is very important) in Europe to counter Russian nuclear-capable missiles that were originally deployed in violation of the INF Treaty.

Beijing Biden the Collaborator-in-Chief is the biggest threat.