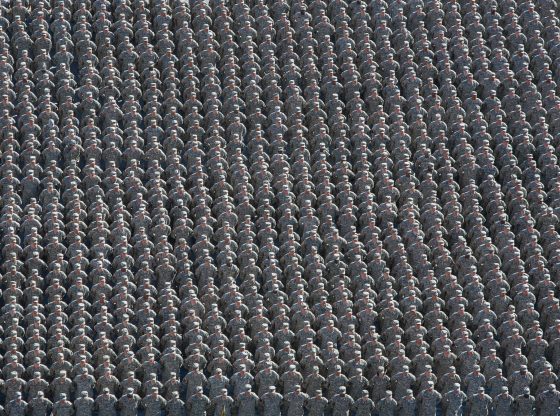 EXCELLENT – Kan. senator’s effort to require honorable discharges for troops who refuse vaccine passes Congress. Kansas Sen. Roger Marshall succeeded on Wednesday in his effort to restrict how members of the military who refuse to get vaccinated against COVID-19 are punished.

FAR BIGGER THAN BIDEN BUDGET – Congress passes defense policy bill with budget boost, military justice reforms. After months of debate and weeks of angst, the Senate on Wednesday voted 89-10 to finalized plans for a $740 billion authorization bill for the Department of Defense, sending the sweeping military policy measure to the White House for the 61st consecutive year.

STARVATION AND DISEASE – On the front line as Afghan children battle malnutrition and measles. The war in Afghanistan is over, but its economy is collapsing and at this hospital, in the remote, central province of Ghor, they’re struggling to cope with the fallout.

China now has the world’s 3rd-largest aviation force. Here are the combat jets it’s using to catch up with the West. China’s air force and navy now field roughly 2,800 aircraft, about 2,250 of them combat aircraft.

PUTIN’S MURDER INC – German court convicts Russian in brazen Berlin assassination, links it to Moscow. A court in Berlin on Wednesday convicted a Russian national of the murder of a Georgian citizen of Chechen ethnicity in broad daylight in 2019 and sentenced him to life in prison.

US military shoots down drone near US base in Syria. A second drone that came near the at base flew away. U.S. officials said they believe the incident and an earlier attack on the base are linked to Iran or Iranian-backed groups.

US Navy fires laser weapon in Mideast amid drone boat threat. The Navy announced Wednesday it tested a laser weapon and destroyed a floating target in the Mideast, a system that could be used to counter bomb-laden drone boats deployed by Yemen’s Houthi rebels in the Red Sea.

INSTANT FOOD – Pentagon looks to microbes to feed troops with air, water, maybe even trash turned to protein. Chow halls and “warrior restaurants” of the future could serve deployed troops meals made by microorganisms using water, air, electricity and little else.