PATROL BASE SHARK, Helmand province, Islamic Republic of Afghanistan - A Marine with Company L, 3rd Battalion, 4th Marine Regiment, gazes across the farmlands during a recent foot patrol. The hot and humid weather didn't stop the Marines from patrolling through miles of farmlands. Staff Sgt. Benjamin Sundell of Salem, Ore., said their hard work has helped bring a safer atmosphere to the area. / Photo by Cpl. Marco Mancha

Angst over China, Russia lessens chance of US nuke changes. Joe Biden’s arrival in the White House nearly a year ago seemed to herald a historic shift toward less U.S. reliance on nuclear weapons and possibly a shrinking of their numbers.

JUST PR? Russia, China, Britain, US and France say no one can win nuclear war. China, Russia, Britain, the United States and France have agreed that a further spread of nuclear arms and a nuclear war should be avoided, according to a joint statement by the five nuclear powers published by the Kremlin on Monday.

UNCONVINCING – Biden vows US to act decisively if Russia invades Ukraine. President Joe Biden has spoken of hitting Russia with economy-jarring sanctions if it moves on Ukraine’s territory, but he said last month that U.S. military action is not on the table.

Russian attack in Ukraine should bring full-time US presence on Kremlin’s doorstep, former top generals advise. The U.S. should expedite delivery of sophisticated weapons to Ukraine and warn Moscow that any new invasion of Ukrainian territory will result in permanent American military bases near Russia’s borders, 24 former senior government officials and experts recommended in a recent open letter.

No one in Kyiv knows whether Russia is bluffing. Putin is right about one thing: A free, prosperous Ukraine is a threat to his autocratic regime.

Iran vows revenge for Soleimani killing if Trump not put on trial. Iranian President Ebrahim Raisi, speaking on the second anniversary of the assassination of General Qassem Soleimani by the United States, said that former U.S. President Donald Trump must face trial for the killing or Tehran would take revenge.

Drones bound for base housing US troops shot down on anniversary of Soleimani assassination: report. Two drones headed toward an Iraqi base hosting U.S. troops near Baghdad International Airport were shot down before they could reach their target, Iraqi security sources told Reuters Monday morning.

Fear, anger and trauma: How the Jan. 6 attack changed Congress. Interviews with more than 20 members, including Republicans and Democrats, reveal a Congress that remains on edge.

Solving Syria’s Crisis Starts with Sanctioning Iranian Oil. Rather than rehabilitating the Assad regime through willful negligence in its sanctions policy, the administration should escalate economic pressure on the Assad regime’s Iranian enablers to regain a measure of leverage at the negotiating table.

Fighting comes into focus for the Space Force in 2022. The leaders of the Space Force foresee the service continuing to become more “lethal” in 2022, inventing new tactical scenarios in its third year while maturing its organizational charts and carving out roles for outside entities. 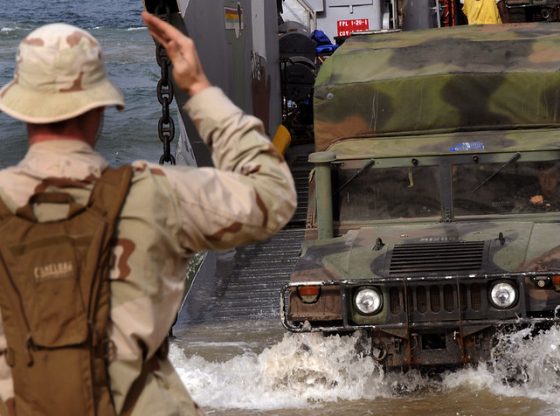