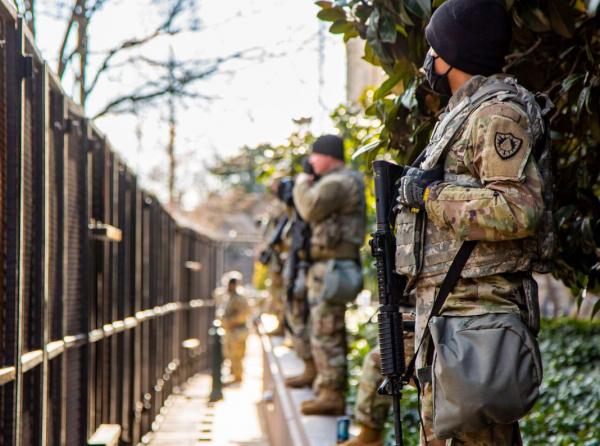 Despite the hysterical and relentless partisan and media push to portray the violent, but unarmed and brief afternoon riot at the Capitol on January 6, 2021, as a ‘deadly insurrection’ and part of a greater ‘threat to democracy,’ a prominent Stanford University scholar argues Democrats are the real insurrectionists.

They pose the greatest threat to the American constitution and system of government.

Victor Davis Hanson is an author, classicist, and historian at the Hoover Institution at Stanford University. In the Daily Signal he notes that “Democrats have been despondent over President Joe Biden’s sinking poll numbers. His policies on the economy, energy, foreign policy, the border, and COVID-19 all have lost majority support,” explaining that:

As a result, the left now variously alleges that either in 2022, when it expects to lose the Congress, or in 2024, when it fears losing the presidency, Republicans will “destroy democracy” or stage a coup.

So, in a bid to distract from their own failings and Constitutional subversion, as well as fire up their dispirited base, Joe Biden and Kamal Harris both made speeches on January 6 blaming former President Trump directly for the Capitol attack and accusing him of being a continuing threat to America’s democracy.

However, Hanson makes a compelling case for why the Democrats are the real threat to America’s Constitutional system, detailing the various ways Democrats are trying to radically undermine the American political system.

In his commentary rhetorically Hanson asks:

…who is trying to federalize election laws in national elections contrary to the spirit of the Constitution? Who wishes to repeal or circumvent the Electoral College? Who wishes to destroy the more than 180-year-old Senate filibuster, the over 150-year-old nine-justice Supreme Court, and the more than 60-year-old 50-state union?

Who is attacking the founding constitutional idea of two senators per state?

But it doesn’t end there.

Hanson reminds us of all the Constitutional violations involved in the unprecedented, hyper-partisan, Democrat-led dual impeachments of Trump, including impeaching him as a private citizen. This includes having a trial without a Chief Justice presiding, and without a special counsel’s report, formal hearings, witnesses, and cross-examinations.

He continues by adding that:

Hillary Clinton hired a foreign national to concoct a dossier of dirt against her presidential opponent. She disguised her own role by projecting her efforts to use Russian sources onto Trump. She used her contacts in government and media to seed the dossier to create a national hysteria about “Russian collusion.” Clinton urged Biden not to accept the 2020 result if he lost, and herself claimed Trump was not a legitimately elected president.

In the end, Hanson argues:

We are in a dangerous revolutionary cycle. But the threat is not so much from loud, buffoonish, one-day rioters on Jan. 6. Such clownish characters did not for 120 days loot, burn, attack courthouses and police precincts, cause over 30 deaths, injure 2,000 policemen, and destroy at least $2 billion in property—all under the banner of revolutionary justice.

Even more ominously, stone-cold sober elites are systematically waging an insidious revolution in the shadows that seeks to dismantle America’s institutions and the rule of law as we have known them.

Democrats are the real insurrectionists and threats to the American Constitution and system. And all the partisan and media spin should not distract from this reality. ADN

What a load of complete ridiculous nonsense!!

You are a LOSER.

Sadly, this is all so; it is what globalist, marxist, islamist, and cartels( legal and illegal, transnational or corporate bodies) do! This cabal of evil axis is led by elitist tyrants, tycoons, and terrorist- for more than just power and wealth! These psycho sociopaths believe themselves worthy of being savants, gods, lords, and ,masters! Self-worship, self-will, and luciferian principles lead their agendas! Whether this be Revelation, or not, they are beast-like in their utter depravity and perversions; pretending to do good and save the planet they cover their evil ways! God Most High is not fooled, and nor are most of the people on the Creator’s earth are not fooled; the fools are only fooling themselves….

What is really sad is the lies being pushed by the media. The “riot” was accomplished by the left wing infiltrators- You could clearly tell them apart from the Trump supporters. The conservatives were wearing red and nice clothes. The activists and antifa people came in body armour and riot helmets. No Duh! All dressed in black. Oh sure some were “rogue” FBI agents, too. So when are the scape goats that are still locked up in DC basements going to be released? Who do we have to sue?

Our only hope is to take back House and Senate, otherwise America will death rattle in the hands of totalitarians who worship false Marxian gods. And then our enemies will feast and eat us all alive.