North Korea Looks to Stomp Out Any Insubordination Within Its Military

North Korea Looks to Stomp Out Any Insubordination Within Its Military

After a North Korean army officer threatened his superior with a weapon and another attempted suicide when higher-ranking officers ignored his pleas for help, the country’s politburo is taking steps to stem what leaders fear may be a rising trend of insubordination within the military.

In the last three months of 2021, as many as 10 soldiers have violently confronted their superiors nationwide, a military official from the northeastern province of North Hamgyong told RFA Dec. 20.

“At the end of November, a company-level officer of the 45th Division under the 9th Corps asked several times to his superior battalion to let him help solve a family issue and take care of his own personal health issue, but when he was ignored, he confronted his superior with a weapon while he was drunk,” said the source, who requested anonymity for security reasons.

“Even earlier this month, in a unit under the 3rd Corps, a company-level officer had a personal problem and appealed to a superior to help solve it,” the source said. “But when the senior officer ignored it, the company-level officer attempted to kill himself with a communication cable around his neck. This incident is embarrassing for the senior unit commanders.” 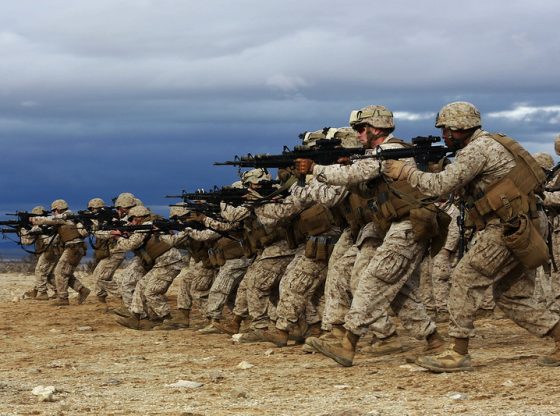 Some Republicans Want Trump To…

“North Korea Looks to Stomp Out Any Insubordination Within Its Military”

Huh. Sounds familiar. Who else’s military have we seen doing that???