Admiral Sir Tony Radakin, the newly appointed chief of the British defense staff, believes Russia could target this vital global network of internet cables responsible for carrying 97 percent of international communications. This could potentially ‘black out’ the west.

According to the Daily Mail, he said there had been ‘a phenomenal increase’ in Russian submarine activity over the past 20 years, adding: ‘Russia has grown the capability to put at threat those undersea cables and potentially exploit them.’

Asked whether destroying cables could be considered an act of war, Britain’s most senior military officer said: ‘Potentially, yes.’

In our modern digital age, these physical cables, lying thousands of feet beneath the ocean and sheathed in galvanized steel and plastic, are central to society. They are far more important than satellite communications, which account for just 3 percent of global traffic. Satellite transmission has been in decline since the early 1990s as fiber-optic cables grew in use.

Globally there are 436 of these cables, consisting of more than 800,000 miles of fiber optics. The biggest is the Asia American Gateway which is 12,430 miles long.

Every day the global cable network carries $10 trillion worth of financial transfers.

If these cables were severed, notes the Daily Mail, it would disrupt everything from agriculture and healthcare to military logistics and financial transactions, not to mention basics such as preventing access to the internet on our phones and laptops — this could instantly plunge the world into a new depression.

While these critical undersea cables are engineered to the ‘five nines’ standard — meaning they are reliable 99.999 percent of the time, a level generally reserved for nuclear weapons and space shuttles, they are still vulnerable to deliberate attack.

…armed with hydraulic cutters attached to their hulls, Russian submersibles would make short work of the hosepipe-thin cables. Alternatively, divers or remotely operated vehicles (ROVs) fitted with cutters could do the job.

One ship identified as a serious threat is the Yantar. Officially described by the Russian navy as a ‘research’ ship, it carries two mini submarines designed for engineering missions which can examine areas up to 3.75 miles underwater.

Just four months after it took to the sea for the first time in 2015, Yantar triggered concern in intelligence circles when it was detected just off the U.S. coast on its way to Cuba where undersea cables make landfall near Guantanamo Bay.

In shallower waters, a vessel could deliberately drag an anchor along the seabed to rip the cables apart. Such an attack could be covered up by passing it off as an innocent fishing-boat accident.

…Out at sea, the cables are even more vulnerable, as they are often hundreds or thousands of miles from the nearest naval bases capable of identifying, monitoring and intercepting hostile ships.

There are also fears that Yantar’s submersibles could carry technology capable of tapping the cables.

‘Short of nuclear or biological warfare, it is difficult to think of a threat that could be more justifiably described as existential than that posed by the catastrophic failure of undersea cable networks as a result of hostile action,’ states a report from the Policy Exchange think-tank written in 2017. ADN 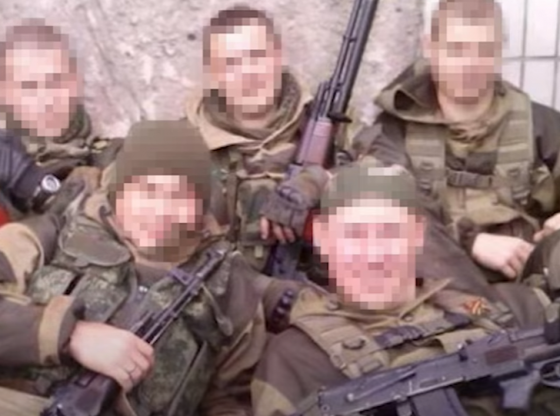 Due what you have to do COMMUNIST. Once you do that you will be NUKED and Russia will cease to exist as you know it.