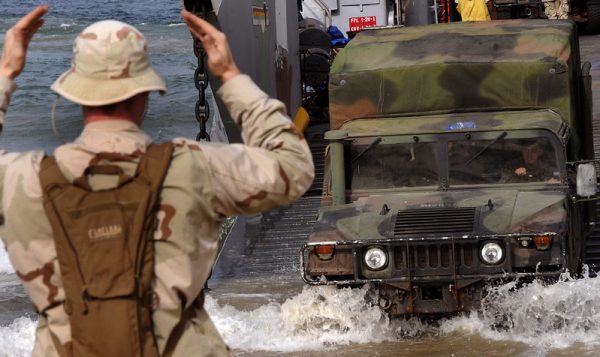 Foreign policy analysts say US military needs to prepare for China-Russia ‘axis.’ Should their interests combine, America could face a greater military and foreign policy threat than during the Cold War.

How a Beltway naval breakfast sparked China’s ire over Taiwan. The firestorm that erupted over an event hosted by the private Naval Attachés Association showcases another example of Beijing’s belligerence over its One China policy.

On the frontline against China, the US Coast Guard is taking on missions the US Navy can’t do. The Coast Guard has been a key player, as it can conduct missions that the other services aren’t equipped or allowed to do.

China steps up construction along disputed Bhutan border, satellite images show. China has accelerated settlement-building along its disputed border with Bhutan, with more than 200 structures, including two-storey buildings, under construction in six locations, according to satellite image analysis.

As the US and Russia talk, Ukrainian troops brace for war, and they’re “ready for battle.” U.S. and Russian diplomats were meeting on Monday in Geneva, Switzerland, to try to defuse a potential military showdown in Ukraine. The U.S. and its allies, including Ukraine, are worried that Russia could invade its neighbor again, as it did in 2014 when Vladimir Putin’s forces seized the Crimean Peninsula.

Russia holds tank drills near Ukraine, sounds downbeat on talks. Russia staged live-fire exercises with troops and tanks near the Ukrainian border on Tuesday while sounding a downbeat note over the prospects for talks with the United States that Washington hopes will remove the possible threat of an invasion of Ukraine. Read More

US quietly authorized 200 million dollars for Ukraine security. The United States and Russia held talks lasting more than seven hours in Geneva, Switzerland. This follows months of tension near the Ukraine-Russia border, where there are more than 100,000 Russian soldiers.

Analysis: Vladimir Putin’s next move on Ukraine is a mystery. The contradictory messages from the Kremlin have stumped officials and Russia experts, showing the Russian leader’s desire to keep his rivals on edge.

Private group keeps Afghanistan evacuations flying despite ground halt. Group leader: “There are Americans saying, ‘Help me, help me, help me.’ And the State Department is saying, ‘Fill out your form in triplicate.’”