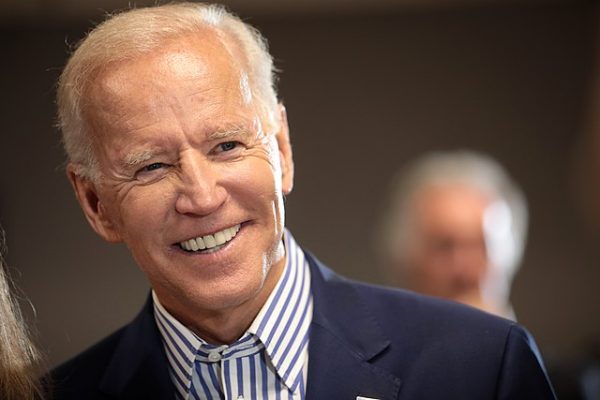 OPINION – The recent attack at a synagogue in Texas by a foreign-born Islamist terrorist is just the latest example that Team Biden is more interested in hunting conservative American political rivals than real terrorists. And its twisted ideological and partisan obsession is harming American security and our civil rights.

Despite the fact that a recently arrived Pakistani-born British Muslim took Jewish hostages and demanded the release of a jailed terrorist called “Lady al Qaeda,” senior FBI officials and President Biden initially absurdly insisted that no one knew the motive of the terrorist, Malik Faisal Akram.

Biden even compared them to slave owners and segregationists. His extremist and divisive speech was universally panned by all sides, including Democrats, such as Senator Dick Durbin, who said Biden went too far.

While Biden has outrageously sent the FBI and Department of Homeland Security (DHS) after all manner of MAGA, including conservatives, Trump supporters, and even parents opposed to Critical Race Theory (CRT) indoctrination in their children’s schools, real foreign terrorists appear to be swarming the U.S. at will. Especially along Biden’s disgracefully open southern border.

As Miranda Devine notes in the New York Post:

We know that at least two Yemeni nationals on the FBI’s terrorism watch list were apprehended in separate incidents last year after illegally crossing from Mexico into California, and that Yuma Sector Chief Border Patrol Agent Chris Clem in December announced the apprehension of a “potential terrorist” from Saudi Arabia who had illegally crossed into Arizona. So the threat is still real.

As polls keep plummeting in this first anniversary week of Biden’s presidency, instead of easing voter fears about border security, inflation, COVID, crime, and even the basic competence of the administration, Democrats are strategically preoccupied with the Jan. 6 Capitol riot.

From the partisan congressional committee investigating Jan. 6 to the Department of Justice targeting parents at school board meetings as “domestic terrorists,” the narrative that conservatives are an existential threat is the Democrats’ only blueprint for success in 2022. House Speaker Nancy Pelosi has described Trump and GOP lawmakers as “enemies of the state.” The DOJ’s new domestic terrorism unit, which was revealed last week during a hearing of the Senate Judiciary Committee, targets people who are anti-authority.

Devine concludes: “In other words, the Jan. 6 Capitol riot is being used as a pretext to weaponize the national security apparatus against conservatives in what investigative journalist Julie Kelly describes as a new ‘domestic war on terror.’”

In their quest to win the 2022 midterms elections at any cost (which they likely won’t do), Biden and the Democrats have rapidly morphed into the real threat to American civil liberties and our domestic security. ADN