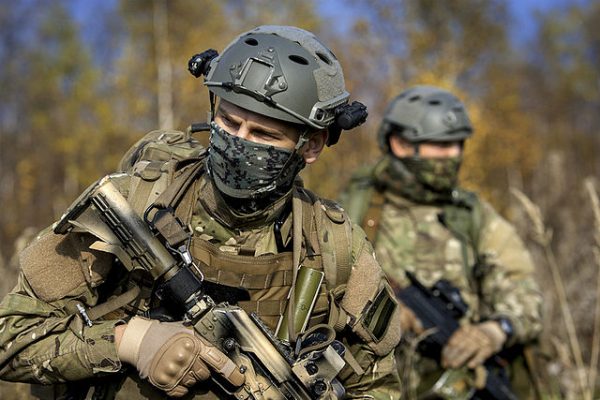 NEW AXIS OF EVIL? Moscow’s Ministry of Defense announced on Thursday that Russian leader Vladimir Putin plans to hold naval drills in the Atlantic, Arctic, Mediterranean and the Pacific oceans this month and next, alongside China and Iran.

These exercises, including those on land in Belarus, will essentially encircle Europe at the time when Russia is also amassing 100,000 troops on Ukraine’s borders for a potential invasion.

The war games will involve “more than 140 warships and support vessels, more than 60 aircraft, 1,000 pieces of military equipment, and about 10,000 servicemen,” the defence ministry said in a statement carried by Russian news agencies.

“The exercises extend to the seas bordering Russian territory and to operationally significant areas of the world’s oceans,” the Belarusian Defense Ministry said.

The Bharat Express News added that, “Besides the North Sea, the Sea of Okhotsk in the Arctic and the northern regions of the Atlantic were also mentioned.”

Simultaneously, a “Russian offensive to encircle Kyiv, the Ukrainian capital, now appears to be a realistic possibility,” according to the Wall Street Journal.

According to Germany’s Bild newspaper, a massive exercise has already launched in the Gulf of Oman, and Northern Indian Ocean south of Iran, with China and Iran, which will continue until next Saturday.

Over the coming weeks, war games with Putin ally Belarus will include more than 140 warships and support vessels – as well as 60 aircraft, 1,000 pieces of military equipment – and around 10,000 servicemen, the defence ministry said.

Deputy Russian Defence Minister Alexander Fomin claims the purpose of the drills is to protect national interests in the oceans and to “protect the interests” of Russia and its ally Belarus.

Adding to Putin’s threatening actions, on Thursday, Moscow also test-fired a nuclear-capable Kalibr cruise missile from a submarine at a land-based target in the Sea of Japan. ADN

We have a supposed Commander in Chief that has the balls to stand up to Russia, China and Iran, when hunter is in the pocket of both Russia and China. There is no way that President Sleepy Dementia Joe Biden will lift a finger to help Ukraine. This is what you get from an illegitimate President. No GUTS. and the second in command is even worse, let alone the 3rd person in succession. Heaven help this country and the rest of the world. Do you miss Donald J G Trump yet? LET’S GO BRANDON!