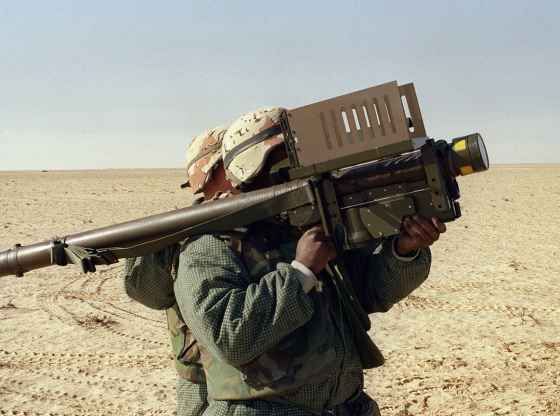 WHERE ARE THE STINGERS? As any student of history knows (or anyone who’s seen the movie Charlie Wilson’s War), U.S. Stinger shoulder-fired missiles supplied to the Mujahideen in Afghanistan by the CIA were the weapons that turned the tide of battle against the Soviets in the 1980s.

Russia’s 21st-century military is far more formidable, with highly-trained forces equipped with an array of high-tech weapons. And while experts say it’s clear Russian forces would initially prevail in an all-out invasion, the right weaponry in the hands of Ukrainian forces — such as anti-aircraft and anti-ship missiles — could make the cost of victory unbearably high.

“We’re not sending all the equipment Ukraine is asking for in a reasonable way,” said John Herbst, former U.S. ambassador to Ukraine, on CNN this week. “We’re not sending missiles that can take down Russian planes. If Russia knows they’re going to face serious casualties, if they know they’re going to face serious sanctions, I think there’s over a 50% chance Putin will only threaten and not actually invade.”

JAVELINS ARE NOT ENOUGH: While the Pentagon is happy to talk about the dollar values of the munitions and other military materiel it is sending to Ukraine by the planeload, other than Javelin tank-killer missiles, it won’t say what other lethal capabilities it’s providing.

Read more at The Washington Examiner