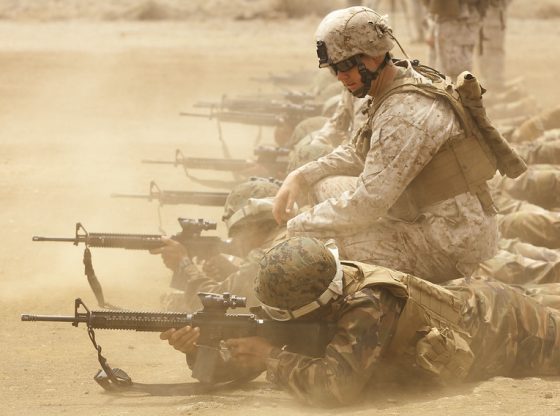 How the National Guard can help counter Chinese Influence. Now that the US military is shifting away from two decades of conflict in the Middle East, US policymakers and military leaders are searching for ways to effectively compete with China in an era of renewed great power competition. To compete effectively, the United States needs a program to achieve strategic impact that is also nimble, flexible, and capable of global reach.

How the Ukraine crisis developed, and where it might be headed. Here’s a guide to the causes behind a conflict that threatens to become a major military clash, and what’s at stake for Russia, the U.S. and NATO.

Marine general describes what ground combat with China would be like. The People’s Liberation Army has about 975,000 active-duty troops in ground combat units.

Stateside B-52 bombers return to a Guam teeming with Cope North aircraft. Four B-52 bombers and more than 220 airmen recently arrived on Guam, joining thousands of U.S., Japanese and Australian service members already on the island for the annual Cope North exercise.

Japan confirms details of F-15J upgrade program worth $5.6 billion. Japan has confirmed that it will put 68 license-built Mitsubishi F-15J Eagle interceptors through an upgrade that will improve its radar, electronic warfare, weapons carriage capacity and stand-off weapon capabilities.

Hunger crisis in Afghanistan spurs US veterans to reprise efforts to help save lives. American veterans who put together makeshift efforts to evacuate people from Afghanistan last summer are shouldering a new humanitarian cause, sending food and supplies to Afghans beset by yet another unfolding crisis.

France announces withdrawal of troops from Mali, reshaping the fight against Islamist extremists in West Africa. The departure raises questions about who will fill the security void as extremist attacks surge in Mali and across West Africa.

The Navy’s messaging choke point. Some say the service needs to stop using jargon like “littoral operations” and “sea denial” if it wants to connect with more Americans.

Unmanned or minimally manned vessels could deploy alongside strike groups as soon as 2027. The chief of naval operations wants to deploy minimally manned or unmanned surface vessels with a strike group in the next five or six years, with an eye toward scaled-up unmanned systems operations around the globe in the 2030s. And he hopes to start working toward that goal without a proper budget in place.