Police Officer Who Mistakenly Shot Suspect Should Not Have Been Charged, says Ex Fed

Home /Analysis/Police Officer Who Mistakenly Shot Suspect Should Not Have Been Charged, says Ex Fed

Police Officer Who Mistakenly Shot Suspect Should Not Have Been Charged, says Ex Fed 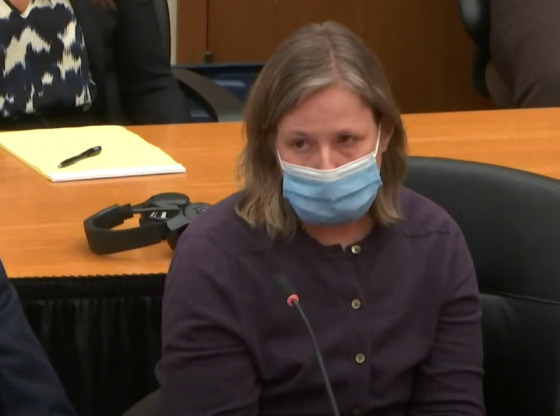 Kim Potter in the Courtroom / Screenshot via Fox 9 Minneapolis-St. Paul

It is an ugly reality of adult life that people make mistakes, and as a result of those mistakes, people die. It happens all the time.

We get a little snow, and hundreds of well trained, highly experienced drivers a day make mistakes that result in car crashes … crashes that could cause the death of another person. Like former Brooklyn Center police officer Kimberly Potter – convicted of manslaughter in the April 11, 2021 shooting death of 20-year-old Daunte Wright – no evidence of bad intent. They aren’t impaired. They weren’t doing something irresponsible like texting while driving. No matter how well people are trained, in high-stress situations in which they have to make quick decisions, people make mistakes, and other people become victims.

In 2016, Johns Hopkins Medicine released a study which concluded that medical errors are the third leading cause of death in the United States. Those experts estimated that 250,000 people in the U.S. die every year due to medical errors. Multiple studies suggest that only about 10 percent of all medical errors are ever reported. Yes, there are some medical malpractice lawsuits that are covered by insurance. But rarely do the medical professionals involved ever get fired, or lose their license to practice medicine, or get charged with a crime, or get sent to prison for making mistakes that result in the deaths of other people.