Putin’s End Game? Or Pretext?  Russia’s lower house of parliament has voted to ask leader Vladimir Putin to recognize two Russian-backed breakaway regions in eastern Ukraine as independent. The long-anticipated move by the lower house of the State Duma, if approved, could serve as a pretext or be part of Putin’s Ukraine end game.

This coincides with the reported mass evacuation of civilians by Russian backed Ukrainian separatists from these regions. 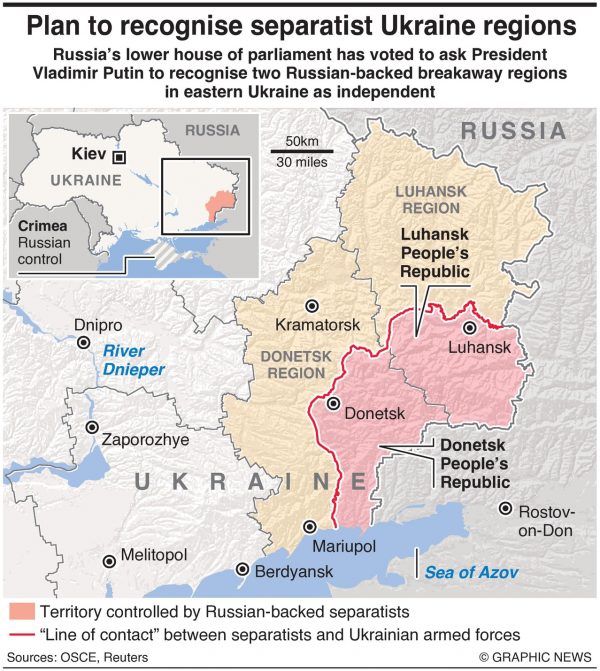 Pro-Russian separatist leaders in eastern Ukraine ordered the mass evacuation of women, children and elderly civilians to Russia on Friday, alleging that Ukraine was preparing a military offensive. Ukraine immediately denied the accusations.

Why it matters: U.S. officials have warned that Russia is preparing to manufacture a pretext to invade Ukraine in the coming days, and that it could take the form of a fabricated escalation in territory controlled by separatists.

The latest: Russian media reported that a vehicle belonging to a separatist security chief was targeted in an alleged car bombing, but that no one was harmed.