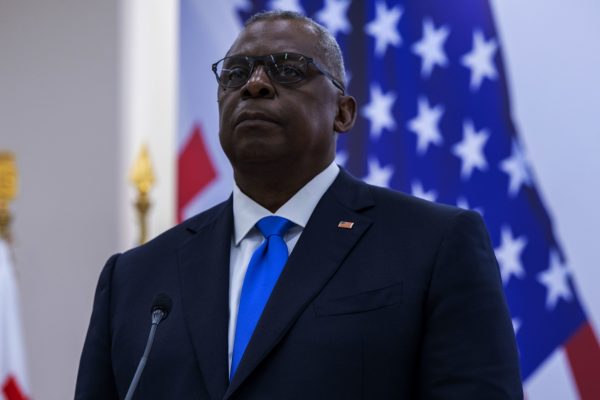 People interested in the new National Defense Strategy can see some of it in play as the United States and its allies face Russian aggression in Eastern Europe, Secretary of Defense Lloyd J. Austin III said in Warsaw today.

Austin said he is proud of the work that has been done on the document, but he is not yet ready to release it. He did give some hints about the strategy and the idea of integrated deterrence that is a driving force behind it.

He spoke during a press conference in Warsaw following meetings with Polish officials. They discussed NATO and bilateral efforts in Eastern Europe.

The Russian attack in Ukraine demonstrates how both Austin & Milley are totally incompetent. Prior to invasion, their concerns were climate change & diversity. The Austrian army prior to WWI was concerned with protocols; yet NEVER won a battle.
This is what we have with Biden–a team of Incompetents!!