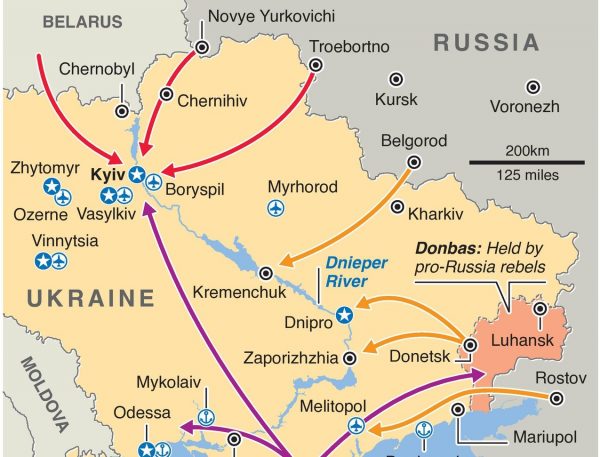 While Russia keeps saying it is not planning to invade Ukraine, it now has amassed upwards of 190,000 troops on almost two-thirds of Ukraine’s borders. As ADN has previously reported, Moscow has a range of options – should it decide to fully strike.

And even more options for limited incursions. 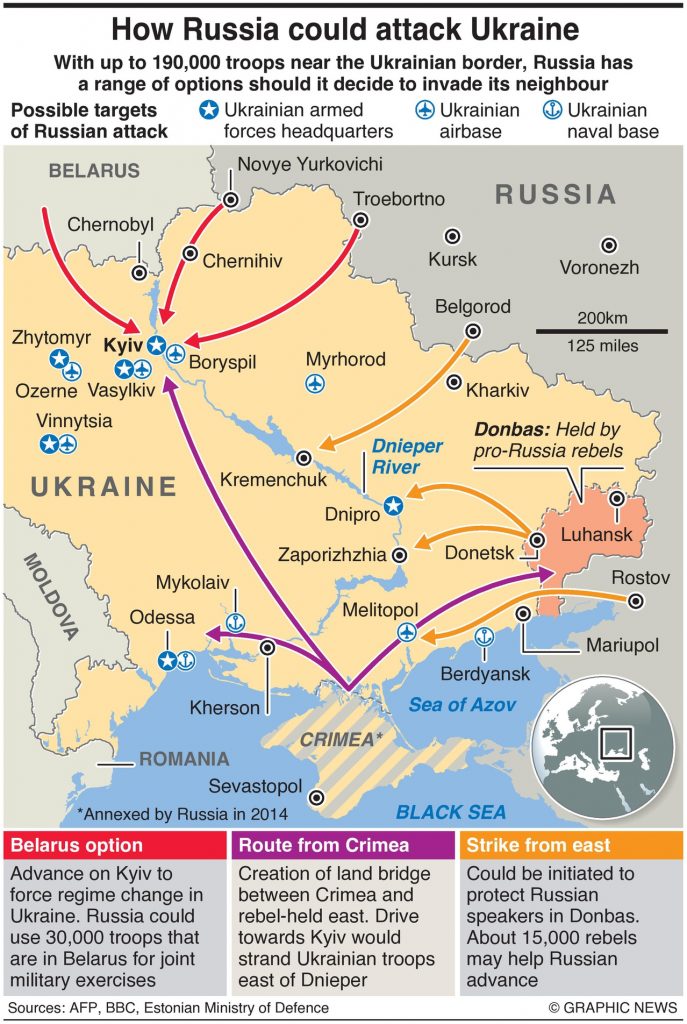 Three of the most likely scenarios include an attack on the capital Kyiv to carry out regime change in Ukraine using the 30,000 Russian troops currently in Belarus. This offensive could be combined with a separate attack from pro-Russian rebel-controlled Donbas region in the East.

This scenario could include Russian troops advancing to and from Crimea to create a land bridge along Ukraine’s southeast coast.

This move would strand Ukrainian troops east of the Dnieper River, and further protect the pro-Russian breakaway region that Putin just declared ‘independent.’

Of course, a Russian attack could include all of the above. Or some, or others not mentioned. 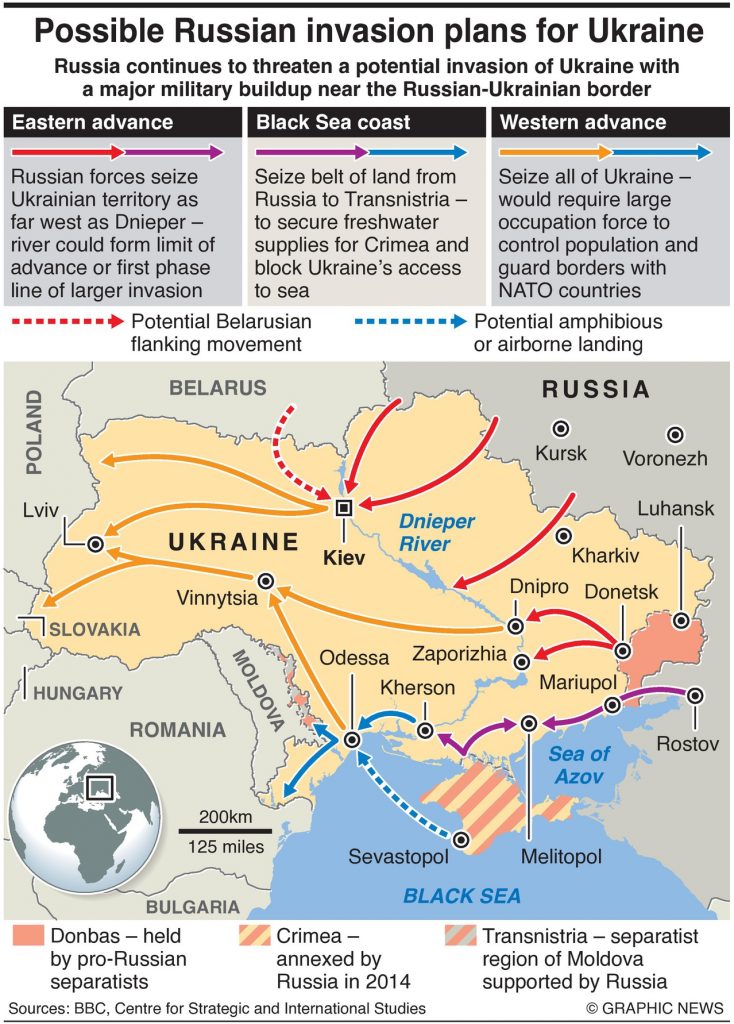 Regardless, expect any Russian assault to include multiple axes of advance simultaneously, along with devastating cyber-attacks, disinformation warfare and artillery, rocket and missile strikes.

Any Russian attack will be brutal, bloody and destructive. ADN