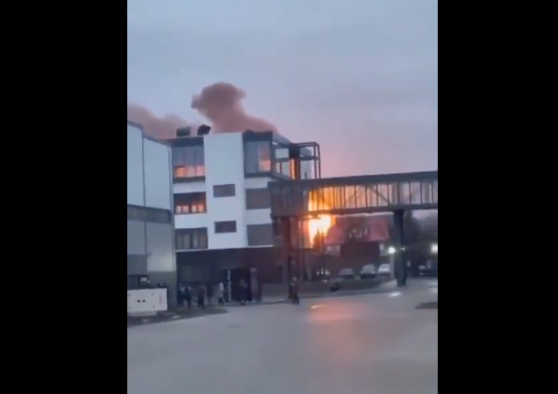 The land, sea and air assault by Russian forces included attacks across Ukraine’s borders from Russia and Belarus and amphibious landings on its coast from the Black and Azov seas, as well as missile strikes in Odessa.

As Reuters noted, “In an early-morning declaration of war, Putin said he had ordered ‘a special military operation’ to protect people, including Russian citizens, subjected to ‘genocide’ in Ukraine – an accusation the West calls baseless propaganda.”

According to Reuters, an adviser to the presidential office in Ukraine said: “Ukrainian troops fought Russian forces along practically the entire border, and fierce fighting was taking place in the regions of Sumy, Kharkiv, Kherson, Odessa and at a military airport near Kyiv.” 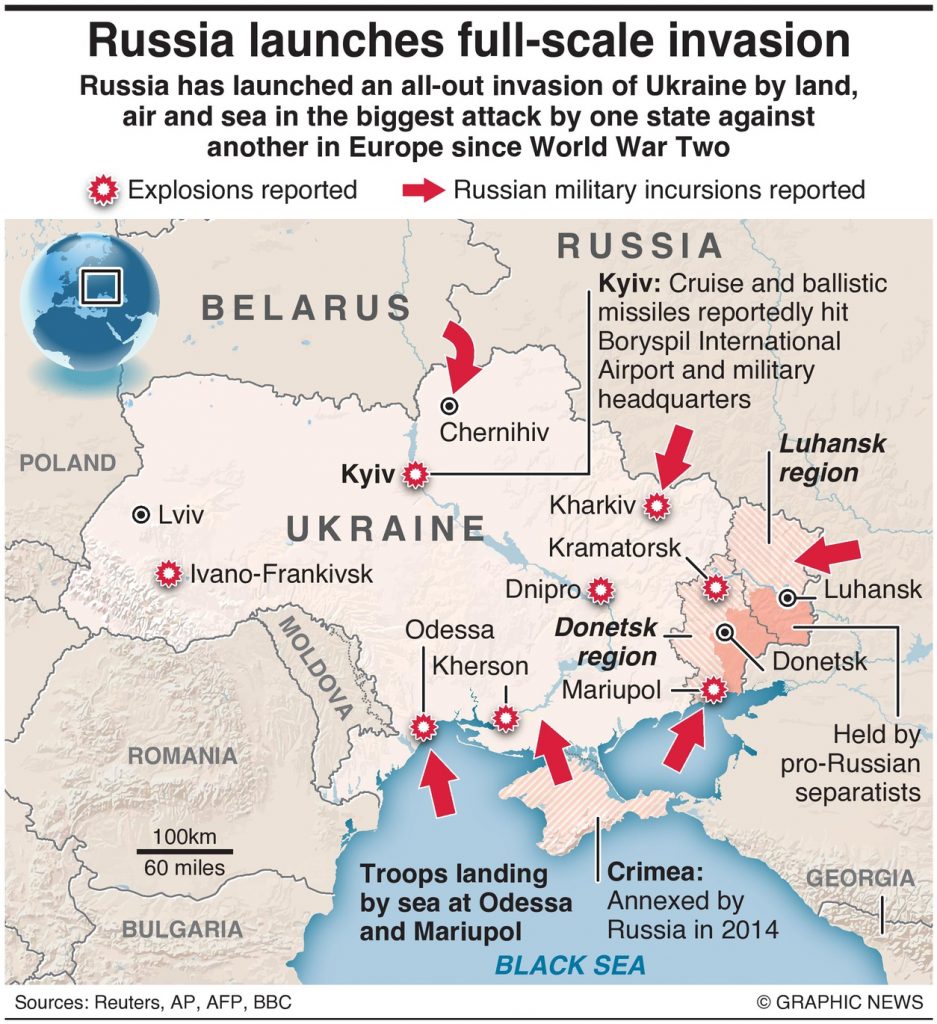 Reuters reported that explosions were heard throughout the morning in the capital Kyiv, a city of 3 million people. Meanwhile, there was constant gunfire as sirens screamed and the highway out of the city was clogged with traffic with fleeing residents.

Ukrainian officials also said Russian helicopters attacked Gostomel, a military airport near Kyiv, and Ukraine downed three of them, according to Reuters.

Russians were also reportedly trying to penetrate the Kyiv region as well as the Zhytomyr region on the Belarusian border.

Russia treacherously attacked our state in the morning, as Nazi Germany did in the WW2 years. Russia has embarked on a path of evil, but Ukraine is defending itself & won’t give up its freedom no matter what Moscow thinks.

Russia treacherously attacked our state in the morning, as Nazi Germany did in #2WW years. As of today, our countries are on different sides of world history. 🇷🇺 has embarked on a path of evil, but 🇺🇦 is defending itself & won’t give up its freedom no matter what Moscow thinks.

Zelenskiy also called on Ukrainians to defend their country, promising arms to anyone who will fight, while urging Russians to take to the streets to protest against their government’s actions. ADN

An Inside Look at Russia's Ukraine Invasion - True Daily