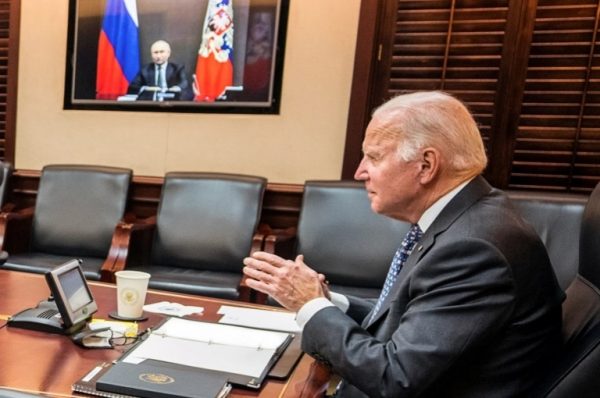 Zelensky told Senators that if the U.S. “had started sanctions months ago, there would not have been war.”

Reuters noted just a few days before Russia invaded Ukraine that Biden was “refus[ing] to unleash sanctions on Russia” until Russia invaded, despite numerous officials, including Zelensky, saying that the sanctions could stop the invasion from happening.

“You tell me 100% that there will be war in a few days’ time. What are you waiting for?” Zelensky said before the invasion. “We will not need your sanctions after there is a bombardment, or after our state is shot at, or if we have no more borders, we do not have an economy, or parts of our state is occupied.”

Read more at The Daily Wire

Just one more way that Biden and his Establishment Elites are destroying America and the World.

If only these narcissists could see themselves !