Even as ‘Vlad the Invader’ Putin continues his brutal campaign to conquer Ukraine and threatens the U.S. with nuclear annihilation, the Pentagon maintains its laser focus on preferred gender pronouns and gender transition surgery.

And several defense experts are raising the alarm.

One former Marine now running for Congress is openly blasting the Commander-in-Chief for the DoD insanity.

Mitchell Swan, a retired Marine Corps colonel running for a seat in Georgia hit Team Biden on this controversial issue in a recently released ad.

Russian president Vladimir Putin is “reviewing nuclear options while we assess transgender therapy options,” Swan says in the new ad. “As a retired colonel who led Marines overseas, I know this woke indoctrination will destroy our military. And that’s why I oppose transgenders in our ranks.”

Describing the presentation as “insane, Colonel Swan, who says he aims to “fight woke policies on every front” as a member of Congress, continues:

The biggest European land war since World War II, and where is our military focused? Gender dysphoria and woke training.

His condemnation of the Biden Pentagon antics follows the publication of a Washington Free Beacon (WFB) report “exposing a mandatory internal Army presentation training soldiers on gender pronouns and coaching officers on when to offer soldiers gender transition surgery.”

According to the WFB report:

The presentation, “Policy on the Military Service of Transgender Persons and Persons with Gender Dysphoria,” was given to officers last month along with instructions for them to train their subordinates on the material.

The presentation expands on the Army’s decision last year to allow “transgender personnel and individuals with gender dysphoria” to openly serve. The policy applies to all active, reserve and Guard personnel.

Dakota Wood, another Marine Corps veteran, and a defense expert at the Heritage Foundation think tank, said, according to WFB, that the Army presentation employs the language of the progressive far left. Wood explained:

A telling phrase in the presentation—’assigned (male or female) at birth’—reveals that whoever developed the presentation material, and the policy being implemented, accepts the argument that gender is an artificial construct rather than a biological reality.

This is a highly controversial argument promoted by the progressive left and rejected by the conservative right.

A strong military is essential to preventing escalating situations like Ukraine and Afghanistan. Allowing transgender individuals to serve sends a message to our adversaries that we are more focused on social experimentation than on the defense of our nation.

Swan added that “serving in the military is not a right,” and compared gender dysphoria to conditions like bedwetting and sleepwalking, which make an individual ineligible to serve under the military’s “strict ‘selective service’ standards.”

“They are not disqualified because they are bad people, but because these symptoms are considered mental and emotional issues that are not conducive to combat environments,” he told Fox News. “Gender dysphoria is no different and should be treated the same; that it is not conducive to enhancing military performance or unit morale.”

The Hill reported that one 2013 study examining Veterans Health Administration patient records from 2000 to 2011 found that the rate of suicide-related events among veterans diagnosed with a gender identity disorder — also known as gender dysphoria — was more than 20 times higher than those of the general veteran population. ADN

If the military is supposed to be the foundation for social and biological reform experiments, we should no longer call it the military, it should be incorporated into the Health and Human Services agency and change its title to the Public Utility Social Services Yardmasters. (Hint: What does that abbreviate to?)

G-d help our military!! I tried warning about Biden in 2020 BEFORE the election. Oh well. 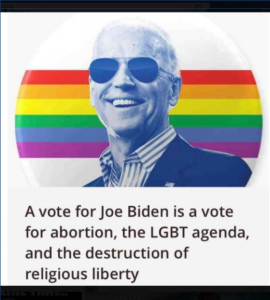