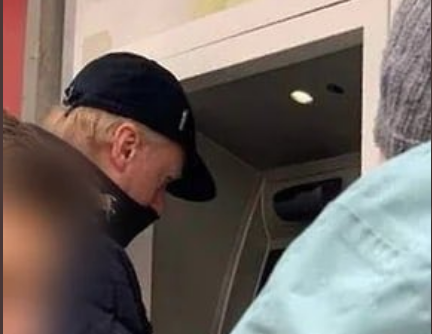 Dissent is growing in Russia over the Ukraine war, even among Vlad the Invader Putin’s inner circle. The ongoing turmoil in the intelligence services and blame game in the senior military ranks could lead to serious troubles for embattled Russian leader.

In Russia, the slow going and the heavy toll of President Vladimir V. Putin’s war on Ukraine are setting off questions about his military’s planning capability, his confidence in his top spies and loyal defense minister, and the quality of the intelligence that reaches him.

It also reminds readers that:

In January, the head of a group of serving and retired Russian military officers declared that invading Ukraine would be “pointless and extremely dangerous.” It would kill thousands, he said, make Russians and Ukrainians enemies for life, risk a war with NATO and threaten “the existence of Russia itself as a state.”

The NYT adds that when “Reached by phone this week, the retired general who authored the declaration, Leonid Ivashov, said he stood by it, though he could not speak freely given Russia’s wartime censorship: ‘I do not disavow what I said.’”

So it is clear that these senior Russian military critics still believe Putin’s war is a catastrophic mistake for Russia.

Meanwhile, Anatoly Chubais, Putin’s climate envoy, and longtime Russian official, has become the highest-ranking Russian official thus far to oppose the war publicly, and the only one to defect.

Chubais, 66, is one of the few 1990s-era economic reformers who’d remained in Putin’s government and had maintained close ties with Western officials. Kremlin spokesman Dmitry Peskov didn’t immediately respond to a request for comment.

Known as the architect of Russia’s 1990s privatizations, Chubais gave Putin his first Kremlin job in the mid-1990s and initially welcomed his rise to power at the end of that decade. Under Putin, Chubais took top jobs at big state companies until the president named him envoy for sustainable development last year.

Chubais has since been spotted getting cash from an ATM in Istanbul.

Kommersant claims Anatoly Chubais is in Istanbul, as seen here getting cash out an ATM pic.twitter.com/EXEgV4P0XQ

But Chubais didn’t defect only over the Ukraine war. He is also apparently lamenting Putin’s delusional imperial nostalgia for rebuilding the defunct Soviet Union.

Last week, he [Chubais] hinted at a darkened outlook, saying in a post on Facebook on the anniversary of the death of Yegor Gaidar that the fellow economic reformer “understood the strategic risks better than I did and I was wrong.”

In his 2006 book, “Death of Empire,” Gaidar warned of the temptations of imperial nostalgia for the Soviet Union he saw growing under Putin. “It’s not difficult to convince society that a state that collapsed so suddenly can be just as quickly rebuilt,” he wrote. “That’s an illusion, a dangerous one.”

As the “architect of Russia’s post-Soviet economic reforms,” Chubais’ defection deals a significant and embarrassing blow to Putin.

Is his defection just the first of many to come?

The other question is – How long before he meets the same fate as other prominent Putin critics? ADN