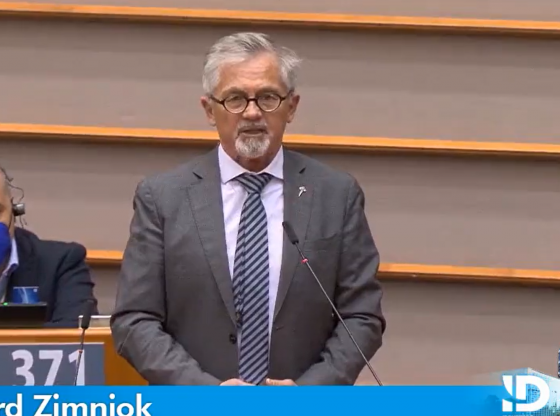 After delivering a speech to the European Union (EU), leftist Canadian prime minister Justin Trudeau didn’t get the response he expected, as numerous Members of European Parliament (MEPs) – from both old and new Europe – bashed him over his tyrannical repression of the peaceful ‘Freedom Convoy’ protesters in February.

As Fox News reported, Trudeau has also faced backlash at home for how he responded to the Freedom Convoy, as “Video circulated widely on social media in February of police decked out in riot gear cracking down on convoy protesters in Ottawa by arresting them, tear-gassing them, and deploying officers on horseback through the crowds. One woman was reportedly trampled by a horse, according to footage of the incident.”

One group of Canadian clergy earlier sent a scathing open letter to Trudeau rebuking him for invoking the Emergencies Act to quell the peaceful Freedom Convoy protests and for other actions they described as “tyrannical.”

Back in Europe, some MEPs even tried to prevent Trudeau from speaking to the EU over his ‘tyrannical’ actions.

I tried to prevent the speech of  PM #Trudeau in the #EU Parliament because he recently trampled on the core values of democracy. Unfortunately, the enemies of democracy are also on the rise in #Europe, as the reaction of my colleagues clearly shows.

I tried to prevent the speech of 🇨🇦 PM #Trudeau in the #EU Parliament because he recently trampled on the core values of democracy. Unfortunately, the enemies of democracy are also on the rise in #Europe, as the reaction of my colleagues clearly shows.#TrudeauTyranny pic.twitter.com/Mji44OsnxU

Another Alternative for Germany MEP had a fitting welcome for Trudeau, called him out as “a disgrace for any democracy.”

🇨🇦🇬🇧|Yesterday, Canada’s Prime Minister @JustinTrudeau visited the #EU Parliament to give a speech. I took the opportunity to give him an appropriate “welcome” there. Short, concise and right hitting the bull’s eye! #ID pic.twitter.com/qpcQyGTixQ

And Independent Croatian MEP Mislav Kolakusic accused Trudeau of using the harsh measures of a “dictatorship of the worst kind,” in a tweet, adding in his linked video:

Under your quasi-liberal boot in recent months, we watched how you trample women with horses, how you block the bank accounts of single parents so that they can’t even pay their children’s education and medicine, that they can’t pay utilities, mortgages for their homes.

PM Trudeau, in recent months, under your quasi-liberal boot, Canada 🇨🇦 has become a symbol of civil rights violations. The methods we have witnessed may be liberal to you, but to many citizens around the🌎it seemed like a dictatorship of the worst kind. pic.twitter.com/FZuc6aDZ1I