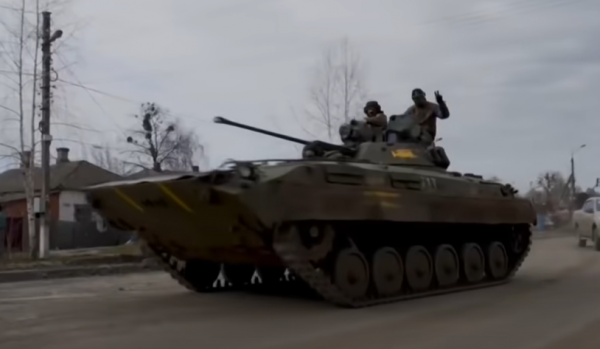 The Pentagon is seeing “small numbers” of Russian troops repositioning to the north of Kyiv but is not labeling it a withdrawal as Russia has characterized it. Instead, it believes the troops might be used in an offensive elsewhere in Ukraine, possibly into the Donbas region of eastern Ukraine.

After holding talks with Ukrainian negotiators in Turkey, Russia’s defense ministry said it was withdrawing forces from around Kyiv and Chernihiv as “a good faith” measure in the talks. However, the move coincided with the Russian military’s lack of success in its moves on the two northern cities.

“We’re seeing a small number now that appears to be moving away from Kyiv,” John Kirby, the Pentagon’s top spokesman, told reporters Tuesday. “This on the same day that the Russians say they’re withdrawing, but we’re not prepared to call this a retreat, or even a withdrawal. What they probably have in mind is a repositioning to prioritize elsewhere.”

“It’s certainly not a significant chunk of the multiple battalion tactical groups that Russia has arrayed against Kyiv,” Kirby said. “It’s not anywhere near a majority of what they have arrayed” around Ukraine’s capital.