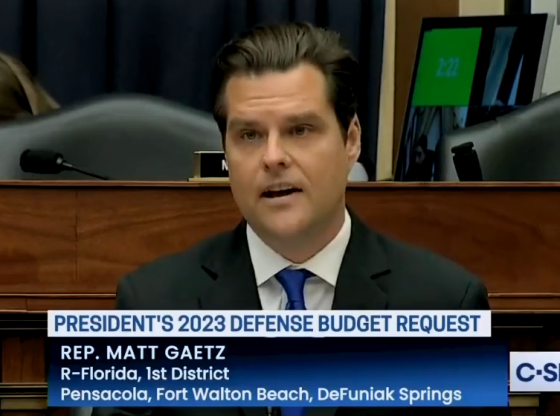 He also accused Team Biden of “trying to destroy our military with wokeism.”

While talking over Austin, Gaetz argued that the Pentagon has gotten a lot of things wrong recently, telling Austin:

You have been blowing a lot of calls lately on matters of strategy, Mr. Secretary. You told us that Russia couldn’t lose. You told us that the Taliban couldn’t immediately win. So, I guess I’m wondering what in the $773 billion that you are requesting today is going to help you make assessments that are accurate in the face of so many blown calls?

American defense officials have admitted that there could have been intelligence failures that led the U.S. to underestimate Ukraine against Russia and overestimate the Afghan military.

Gaetz then contrasted our enemies increased military capabilities with our Pentagon’s embarrassing obsession with neo-Marxist indoctrination, including a ridiculous far-left lecture at the National Defense University (NDU) about the need to end U.S. ‘arrogance’ in the world and promoting socialism in the U.S. as a strategy to combat to China.

The two then engaged in a debate on whether embracing socialism was a solution for America, though Austin was unaware of the NDU lecture.

Gaetz then went on to say:

…while everyone else in the world seems to be developing capabilities and being more strategic, we got time to embrace critical race theory at West Point, to embrace socialism at the National Defense University, to do mandatory pronoun training.

Gaetz also contended that, based on the Pentagon briefings to Congress, the U.S. military has fallen behind in the development of hypersonic weapons, adding that “it’s not just the hypersonics.”

“It’s all over the world,” he continued, citing increased Chinese military sorties near Taiwan and North Korean missile tests.

Austin responded to Gaetz saying the U.S. has the “most capable, most combat-credible force in the world,” adding: “The fact that you are embarrassed by your country…[inaudible].. I’m sorry for that.”

As the two yelled past each other, Gaetz assured Austin he was not embarrassed by America, but by Austin’s leadership:

No, I’m embarrassed by your leadership. I am not embarrassed for my country. I wish we were not losing to China…. That is so disgraceful that you would sit here and conflate your failures with the failures of the uniform service members. You guys said that Russia would overrun Ukraine in 36 days. You said that the Taliban would be kept at bay for months. You totally blew those calls, and maybe we would be better at them if the National Defense University actually worked a little more on strategy and a little less on wokeism.

Gaetz added that Team Obama “tried to destroy the military by starving it of resources,” while “It seems the Biden administration is trying to destroy our military by force-feeding it woke-ism.”

Austin maintained that he and the military are focused entirely on defending the country.

“So, any notion that they’re woke or that our military is woke, I take issue with that. Because it’s just not true,” Austin said, without providing any specific counters to Gaetz’ examples. “It’s a false narrative, and they deserve better than that,” he concluded.

Rather than having a shouting match, I would like a specific exposition of all the criticisms Gaetz leveled at Austin, and a detailed explanation from the SecDef. That would be far more productive and beneficial for our country. ADN 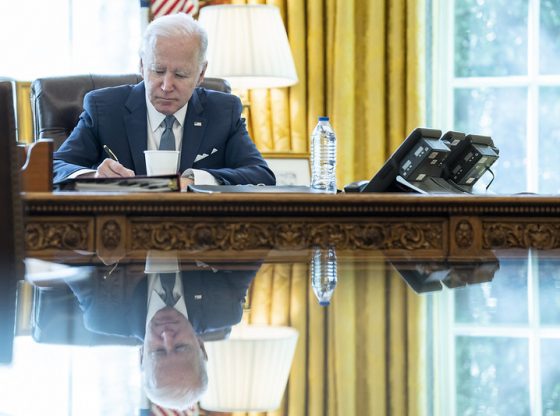