TUESDAY PDB – Iran Smuggles Arms to Russia for Ukraine War, Biden Not Funding Navy America Needs, The War on US Border in Mexico, What US Response to a Chinese Invasion of Taiwan?

Home /Paul's Daily Briefing/TUESDAY PDB – Iran Smuggles Arms to Russia for Ukraine War, Biden Not Funding Navy America Needs, The War on US Border in Mexico, What US Response to a Chinese Invasion of Taiwan?

TUESDAY PDB – Iran Smuggles Arms to Russia for Ukraine War, Biden Not Funding Navy America Needs, The War on US Border in Mexico, What US Response to a Chinese Invasion of Taiwan? 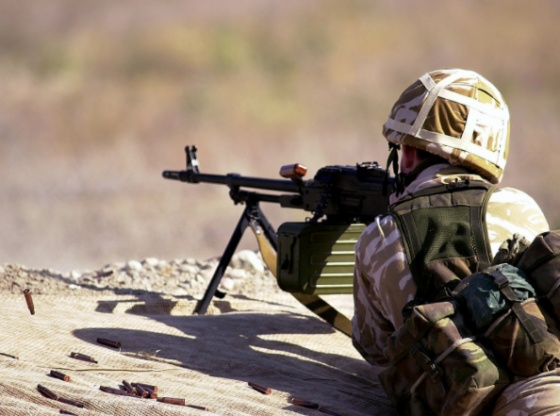 ** For additional daily intel on the Russia-Ukraine war and other hot topics we can’t fit here, please also subscribe to ‘Paul’s Defense Brief’ at paulcrespo.substack.com

DANGEROUS WEAKNESS – Biden will not fund the Navy America needs. In a defense budget of $813 billion, they couldn’t find $3 billion to adequately grow the fleet?

The war next door: Conflict in Mexico is displacing thousands. As criminal groups battle for control over Mexican territory, the displaced are becoming increasingly visible, in towns such as Coahuayana and at the U.S. border.

MORE THAN NOTHING – LESS THAN ALL OUT – A Chinese Invasion of Taiwan: What Response Would Americans Support?  Putin’s invasion of Ukraine has heightened the possibility that Chinese leader Xi Jinping might invade Taiwan. Xi has made no secret of his ambition to annex the island, and may be emboldened to act sooner rather than later absent a strong international response to Putin’s aggression. The majority of respondents to a recent poll favor economic sanctions – or a combination of military support and economic sanctions  – as the appropriate response to an attack on Taiwan.

BUT DID IT REALLY? Russia says it hits Ukraine air defenses before eastern push. Russia claimed that it destroyed several air defense systems in Ukraine over the weekend, in what appeared to be a renewed push to gain air superiority and take out weapons Kyiv has described as crucial ahead of a broad new offensive in the east.

The next big battle in the war, in Ukraine’s east, is likely to look very different, experts said. After meeting Vladimir V. Putin, Austria’s chancellor said the Russian leader wants to escalate the war as he focuses on the Donbas region. Ukrainians warned of possible Russian use of chemical weapons.

Hubris and isolation led Vladimir Putin to misjudge Ukraine. A hubristic and isolated leader, beset by biases and skewed information, pressed forward with the calamitous decision to invade Ukraine without consulting his full cohort of advisers.

AXIS OF EVIL – Russia ‘using weapons smuggled by Iran from Iraq against Ukraine.’ Russia is receiving munitions and military hardware sourced from Iraq for its war effort in Ukraine with the help of Iranian weapons smuggling networks, according to members of Iranian-backed Iraqi militias and regional intelligence services with knowledge of the process. RPGs and anti-tank missiles, as well as Brazilian-designed rocket launcher systems, have been dispatched to Russia from Iraq as Moscow’s campaign has faltered in the last month.

Biden asks India to ‘do more’ to stop Russia and help Ukraine. In a virtual meeting, the president pushed India’s Modi to cut Russian energy purchases, while the White House kept a diplomatically polite facade.

Despite Russia tensions, U.S. and India deepen defense ties. Eyeing China, U.S., and India committed to deeper defense ties in space and cyberspace as well as an expansion of their joint military exercises, officials from both countries announced Monday.

The US Navy SEALs just turned 60. Here are the missions that have made them legendary. In the 60 years since their unit was formed, the SEALs have operated all over the globe, fighting on their own or in support of other US military units.

Maxar eager to launch new satellites amid soaring demand for imagery over Ukraine. As Maxar Technologies’ satellites continue to collect images of Russia’s invasion of Ukraine, the company is working with customers so it can allocate more capacity to meet U.S. government needs, said Maxar’s CEO Daniel Jablonsky.