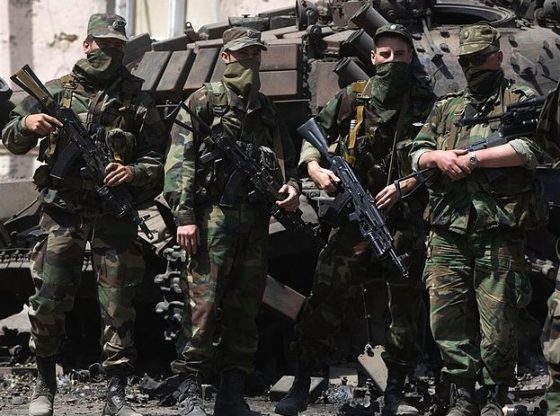 This is a strategic-level special-operations organization tasked with the toughest, most critical missions.

And these military light infantry airborne shock troops are playing a major role in Putin’s war against Ukraine.

While there is little public information on what Russian special-operations units have done in Ukraine or how they’ve performed, more than a dozen Spetsnaz troops from a GRU military intelligence brigade have reportedly been killed in the brutal fight for the critical southern port city of Mariupol.

Their missions there likely consist of special reconnaissance, direct-action operations, and unconventional warfare.

In the north, the city of Irpin, near the capital of Kyiv, was a base Russian special-operations forces until Ukrainian forces removed the Russians in late March after fierce fighting.

The outsized role of these special operators is partly due to the weakness of the Russian conventional troops being used in Ukraine, which have failed to achieve any of their primary objectives after two months of fighting, but also due to the nature of the conflict itself.

One of the few advantages that Russia’s military has leveraged against Ukraine is its long-range weapons. Russia has launched more than 1,500 ballistic and cruise missiles at Ukrainian targets.

Russian special operators could infiltrate close to those targets and use specialized equipment to help guide the munition. Moscow’s utter disregard for collateral damage means it may not be using such targeting assistance, but that skill set could still be used if the Kremlin wants to take out the Ukrainian leadership with a strategic strike.

Russian special-operations forces might also be conducting direct-action operations, such as raids and ambushes, in pursuit of tactical-level goals, such as capturing a city block.

While using special operators for conventional operations is a waste of their elite capabilities, Russian commanders might use them anyway, as BI notes, “especially in urban settings where the close-quarters-combat training of Russian commandos might make the difference between winning and losing.”

Russia may also use its special-operations forces for unconventional warfare and asymmetric operations. Russian forces have been supporting separatist forces in eastern Ukraine for years, and that effort may expand as Moscow redirects its military campaign toward that region.

Russian special operators may also target Ukrainian strategic targets, such as airfields or fuel and arms depots. There have already been reports of Russian naval commandos attacking a Ukrainian military intelligence ship.

Meanwhile, as Moscow depends more on its Spetsnaz forces In Ukraine, the overall failures of the Russian military there may also be tarnishing the elite reputation of its special operators as well. ADN