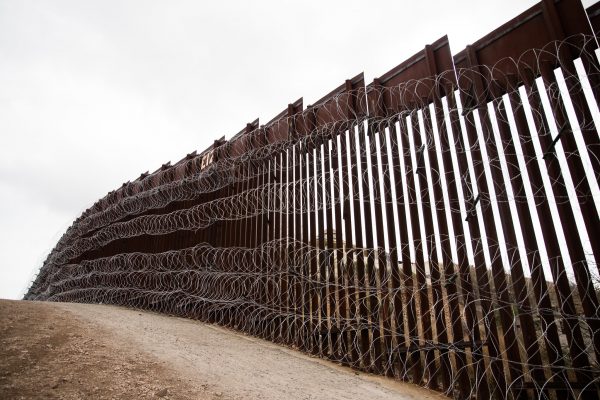 While few on the left want to attribute the massive surge in violent crime to BLM and its supporters, fewer still want to blame Biden’s border crisis.

Yet, both are greatly to blame. And some worried Senate Democrats are finally admitting it. And this is important, since, while the ‘defund the police’ movement may be losing steam for now, the impact from Biden’s border disaster is only rising.

As Marc Thiessen, a fellow at the American Enterprise Institute (AEI), notes in the Washington Post:

…one major reason we are facing a surge in crime is the disaster Biden unleashed on our southern border. Last year, the Drug Enforcement Administration (DEA) seized enough fentanyl to provide a lethal dose to every American. Overdose deaths from fentanyl coming across the border hit record levels in 2021, claiming a new victim every five minutes.

The problem has worsened in the past year thanks to the border crisis Biden unleashed, as the flood of illegal migrants over the past year has forced Customs and Border Protection to shift resources away from drug interdiction to processing migrants. Biden’s own budget acknowledges this, requesting funds for 300 new “Border Patrol Processing Coordinators to respond to migration along the Southwest border,” who “will allow existing agents to focus on their core counterterrorism, law enforcement, and security missions.”

He explains how Mexico’s criminal cartels traffic both people and drugs across our border:

Because the same cartels are engaged in both human and drug trafficking, they often use migrants — including children — as drug mules. And they strategically send caravans of migrants to overwhelm and distract Border Patrol in one area so they can surge drug shipments across the border in another location.

… this surge in illegal drugs has contributed to the crime surge in U.S. cities. Last fall, the DEA analyzed “national crime statistics and [Centers for Disease Control and Prevention] data to identify hot spots of drug-related violence and overdose deaths across the country.” The DEA study “revealed alarming trends” about the criminal drug networks’ activity in 34 U.S. cities, finding the vast majority of those networks “are engaged in gun violence.”

…the DEA launched Operation Overdrive this February “aimed at combating the rising rates of drug-related violent crime.” By making it easier for cartels to flood our country with illegal drugs, our unsecured borders are fueling a drug-related crime wave across the United States that has necessitated a major DEA response.

But instead of securing our border, Biden is preparing to make the problem even worse with his plan to scrap Title 42, the [CDC] public health order that allows border officials to turn away illegal migrants to prevent the spread of covid-19. Lifting Title 42 would open the floodgates for the cartels to traffic illegal drugs into the United States, as even more Border Patrol agents will be pulled off the front line to process and care for migrants.

He notes this is partly why vulnerable Senate Democrats worried about their election prospects this year are joining with Republicans in introducing a bill to keep Title 42 in place.

Among those Senate Democrats is Maggie Hassan of New Hampshire, who Thiessen notes just released a video of herself standing in front of former President Trump’s border wall calling on Biden to address “gaps in physical barriers along the border.”

While her state is “about as far from the southern border as you can get,” Thiessen points out “it is ground zero for the fentanyl epidemic.”

When even Senate Democrats are calling for building Trump’s wall, you know the president’s border policies are an abject failure. ADN