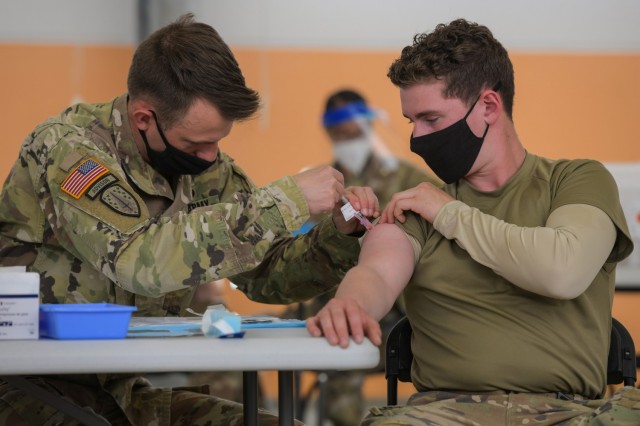 ANALYSIS – The ongoing brutal COVID lockdown in Shanghai shows us where much of America was headed under Democrat leadership. In Shanghai, communist Chinese police officers are going door-to-door, covered head-to-toe in face shields and hazmat suits, forcibly taking entire families into government quarantine because one person on their floor tested positive for Covid-19.

Recall only a few months back, police officers in various (mostly Democrat-run) U.S. cities arresting unmasked Americans outside on open public beaches, or aggressively enforcing lockdowns everywhere they could, as well as vaccine mandates with intrusive ID checks, as Democrat politicians pushed for more and more coercive tactics to battle COVID.

Yet, many Chinese think in the U.S. we can do whatever we want, not realizing those quintessentially American freedoms only still exist in Republican red states in America, like Texas and Florida.

According to CNN’s ‘Meanwhile in China’ newsletter, one Shanghai police officer, waving a bottle of disinfectant in his hand, while taking a family into quarantine, sternly said:

It’s not that you can do whatever you want — unless you’re in America. This is China. Stop asking me why. There is no why. We have to obey our country’s regulations and epidemic control policies.

Another officer adds: “From now on, people who live on the same floor (as Covid cases) must be transported (into quarantine).”

Under the new hardline policies, even residents with negative Covid tests can find themselves placed into centralized government quarantine. According to social media posts and local government notices circulating online, in several parts of the city, entire residential buildings have been declared at risk, with all residents forced from their homes and placed into quarantine on the back of a single positive test.

According to notices online, some neighborhoods have imposed so-called “silent periods” lasting for two or three days, during which residents are not permitted to leave their homes. These residents have also been temporarily banned from ordering groceries and daily essentials online, leading to renewed fears of food shortages.

CNN also notes unwittingly, that much like our own ‘disinformation’ czars (aka partisan censors) in Big Tech and the state media, China’s communist censors are hard at work:

…videos showing Shanghai residents arguing or scuffling with hazmat suit-clad workers and police officers while being forcefully taken away for government quarantine circulated widely on Chinese social media. Many have since been removed by censors after sparking public anger.

In words that would make President Joe Biden and Speaker Nancy Pelosi proud, Chinese communist leader Xi Jinping pledged to “unswervingly” double down on the country’s controversial zero-Covid policy, and said on Thursday that he would not tolerate “acts that distort, doubt or deny our country’s epidemic prevention policies.”

If it wasn’t for the upcoming midterms elections, which appear to be a looming catastrophe for Democrats, much of America might still be looking a lot more like communist Shanghai today. ADN