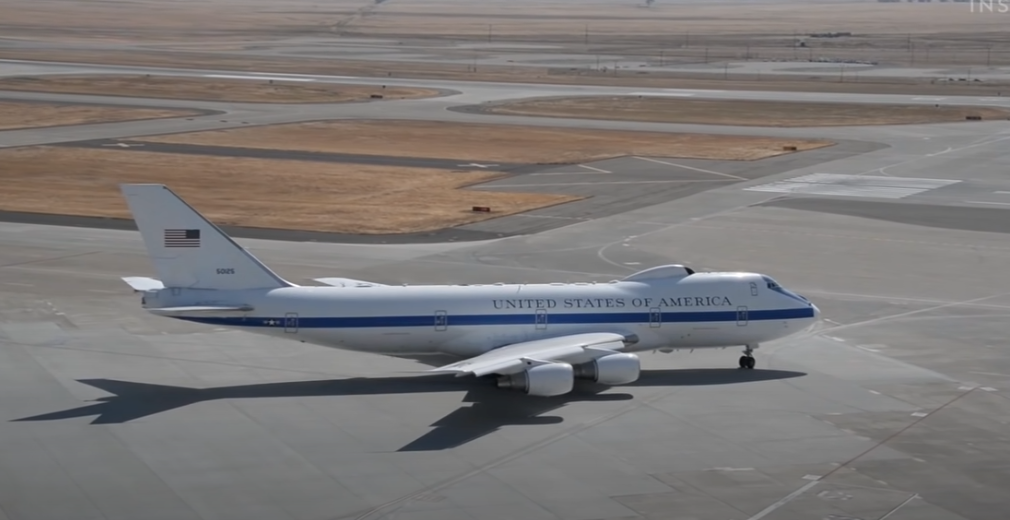 ANALYSIS – We have recently been seeing quite a bit of news about U.S. and Russian ‘doomsday’ planes. These are the special, hardened command and control aircraft tasked with coordinating a nuclear war from the skies by the nations’ top leadership.

Both the United States and the Russian Federation have them, and with the saber rattling coming from both Russia and North Korea, and maybe soon Iran, they have been getting a lot of press.

The most recent reports noted that a planned flyover by a Russian ‘Doomsday’ plane designed to protect Vladimir Putin in the event of a nuclear attack was dropped from Russia’s May 9 Victoria Day parade.

The modified Ilyushin Il-80 aircraft, nicknamed ‘the flying Kremlin,’ which feature a large dome at the top front of the aircraft, reportedly to protect it from electromagnetic magnetic pulse (EMP) attacks, was expected to make a flyover past Red Square during celebrations, but its flight was cancelled because of ‘adverse weather conditions.’

This excuse was given by Russia despite the fact that video and photos from Moscow that morning showed blue skies and light clouds. Some experts believe the flyovers could have been cancelled due to security concerns.

The ominous Soviet-era aircraft was scheduled to be accompanied by two MiG-29s jet fighters and Tu-96 ‘Bear’ and Tu-160 ‘White Swan’ nuclear-capable bombers.

I wrote about Russia’s Doomsday planes in October 2020, noting that Moscow had announced plans to replace the Il-80 aircraft with much newer and more advanced quadjet planes based on the II-96-400M model built by Russia’s United Aircraft Corporation (UAC).

There were also reports in late March of the U.S. ‘doomsday’ plane, officially known as the National Airborne Operations Center (NAOC), a converted Boeing 747 (E-4B) plane codenamed ‘Nightwatch,’ seen flying over the English Channel. The plane, one of four in the U.S. fleet, also known as ‘the flying Pentagon,’ was believed to be headed for Royal Air Force (RAF) base Mildenhall.

The U.S. Air Force’s nuclear-bomb-resistant aircraft also took to the skies for a brief training mission on Feb. 28, shortly after Putin announced he would be putting his country’s nuclear forces on high alert in conjunction with his Ukraine invasion.

One important distinction worth noting is that, while the E-4B is a flying command center for civilian leadership and can talk to nuclear bombers, missiles, and submarines, only the Navy’s E-6B Mercury aircraft can order those nukes to launch.

Hence it was interesting to see that the War Zone recently reported that the Navy is buying three extended-length C-130J-30s for testing as a replacement for its 16 Mercury “Take Charge and Move Out” (TACAMO) planes, while the Air Force is still considering its options for a new Nightwatch.

Bottom line, with nuclear tensions rising with Russia, and other nuclear powers worldwide, we may be seeing a lot more news on these menacing aircraft in the coming weeks and months. ADN