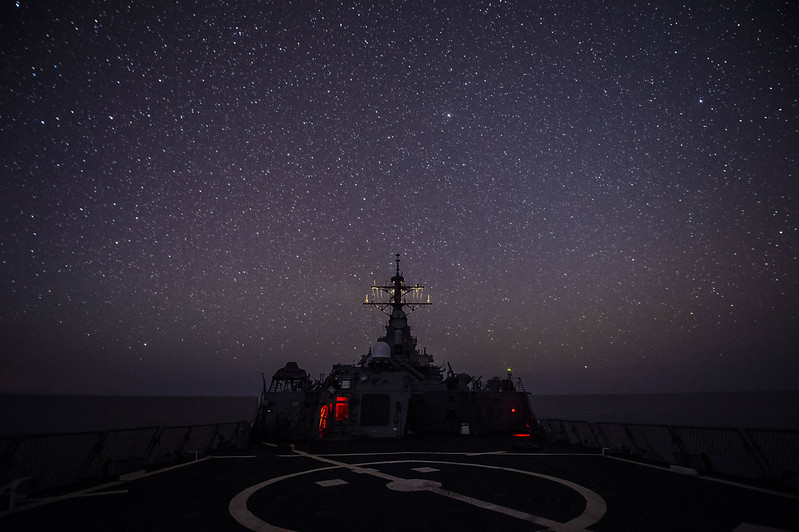 ‘MADE IN AMERICA’ VS ‘BUY ALLIED’ – Why a ‘Buy Allied’ approach matters. There are at least four essential reasons why making the U.S. aerospace and defense industry exclusively “Made in America” is neither feasible nor desirable.

9 OUT OF 1.4 MILLION! – SERIOUSLY? At least 9 troops or vets charged in domestic extremism cases since Capitol riot. In the days following the Jan. 6, 2021, attack on the Capitol, as more reports of veterans and current service members’ participation trickled out, eyes were on the Pentagon, looking for an explanation as to whether the Defense Department knew about the anti-government leanings of current and former members.

THIS IS THE REAL DISINFORMATION THREAT – How China uses global media to spread its views — and misinformation. A small news website in the Democratic Republic of the Congo. A popular South African digital media platform. A Spanish language newswire service. Over the past year, all three far-flung news organizations have run similar stories claiming that a U.S.-run lab had created covid-19 or, more recently, articles that said the U.S. was operating a secret bioweapons program in Ukraine. That these theories have also been simultaneously promoted by Chinese government officials is no coincidence — all three of those media outlets have ties to the Chinese government.

BIDEN, FIGURE IT OUT! IT HAS BEEN A WHOLE YEAR – US to boost Pacific spending to counter China, but no ‘real number’ yet. “We aim to prove that we can stay focused on the region despite the very real power moves elsewhere,” State Department official Camille Dawson said after mentioning Ukraine.

Russia-Ukraine war: List of key events, day 86. Russian-backed proxy authorities in now occupied Mariupol are not collaborating and fighting with each other, which is likely exacerbated by the evacuation of Ukrainian fighters from Azovstal, the Institute for the Study of War said. Ukraine’s eastern Donbas region has been “completed destroyed” by Russian forces, Ukrainian President Volodymyr Zelenskyy said.

Ukrainian troops surrendering at Mariupol registered as POWs. Hundreds more fighters have emerged from the Mariupol stronghold where they made their last stand and surrendered, Russia said Thursday, and the Red Cross worked to register them and their comrades as prisoners of war, as the end of a key battle in the conflict drew closer.

What Finland will bring to NATO – and how it might change the alliance. There has been so much focus on whether Finland would join NATO that few have questioned what happens if it does. Here are 5 key areas to watch.

NOT UNDER TRUMP – N Korea readying ICBM or nuclear test for Biden visit, officials say. The provocation would also come as North Korea struggles with an escalating coronavirus outbreak among its vulnerable, largely unvaccinated population.

HOW BAD? South Korean army training ‘very, very bad’: former senior ROK commander. At the end of the panel, the US commander of the Eighth Army in Korea, Lt. Gen. Bill Burleson, made a point of stating categorically that the forces facing North Korea are ready to fight.

THEN WHY ARE THEY LOOSENING TRUMP POLICIES? US appears set to deem Cuba not cooperating fully against terrorism-document. The Biden administration on Thursday appeared set to renew its assessment that Cuba is among a handful of countries “not cooperating fully” with the United States in the fight against terrorism, according to a government document.

STUPID IS AS STUPID DOES – Taliban say female Afghan TV presenters must cover face on air. The move comes days after authorities ordered women to cover their faces in public, a return to a policy of the Taliban’s past hardline rule and an escalation of restrictions that are causing anger at home and abroad.

FOR PETE’S SAKE – Soldiers facing discrimination from state laws could request transfers under draft Army policy. The Army is circulating a draft policy tweak that would specify that soldiers can request to move if they feel state or local laws discriminate against them based on gender, sex, religion, race or pregnancy, according to two sources with direct knowledge of the plans.