Not the President’s Daily Brief, but almost as good – PAUL’S DAILY B RIEFING. 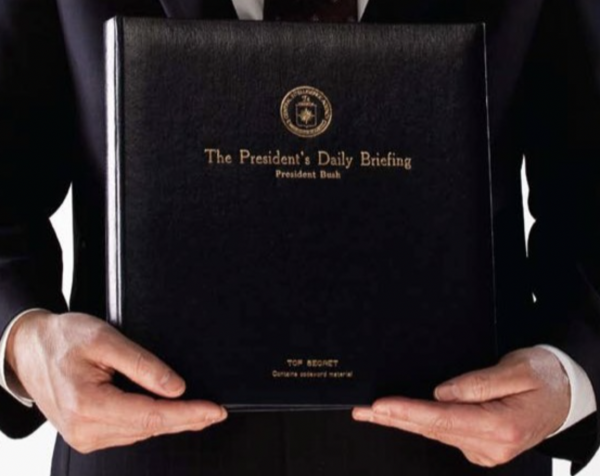 We have no nuclear strategy. The U.S. can’t keep ignoring the threat these weapons pose.

500 Texas troops sent home from Mexico border mission as others build fences and patrol Rio Grande in boats. About 6,000 troops were still stationed along the river as of May 27 on a state-sponsored mission known as Operation Lone Star.

A disturbing new pattern in mass shootings: Young assailants. Six of the nine deadliest mass shootings in the United States since 2018 were by people who were 21 or younger, representing a shift for mass casualty shootings, which before 2000 were most often initiated by men in their mid-20s, 30s and 40s.

They are the good guys with guns. After another mass shooting, veterans want change. After yet another school shooting—one that, even as people grieved, caused the usual forays against politicizing tragedy or offering “thoughts and prayers” rather than solutions—veterans continue to speak up, on social media, in organizations they have formed, and in the media.

While China makes Pacific islands tour, US Coast Guard is already on patrol. As China’s foreign minister began a Pacific islands tour to promote economic and security cooperation with Beijing, the smallest of the US government’s armed services was already on the scene, reinforcing Washington’s longstanding commitment to the region.

Russia warns West of weapons repercussions, pounds Ukraine. Western arms have been critical to Ukraine’s success in stymieing Russia’s much larger and better-equipped military during a war now in its 99th day.

Ukraine marks 100 days of war as battle for Severodonetsk rages. Ukraine marked 100 days of war Friday with its troops in brutal combat for the key eastern city of Severodonetsk, which is now mostly controlled by Russian forces. Luhansk regional governor Serhiy Haidai said fighting was continuing in the city center and surrounding villages, while the Ukrainian Defense Ministry reported continuous shelling around the city.

How Sweden and Finland could reshape NATO’s northern security. America’s top general, Gen. Mark Milley, and senior Swedish officials will open a major multinational exercise from Stockholm this Saturday as the Baltic Sea takes on a pivotal role in NATO’s northern defense calculus.

Russian Pacific fleet begins week-long exercises with more than 40 vessels -Russian agencies. The ministry statement said the exercises, taking place from June 3-10, would involve, among other matters, “groups of ships together with naval aviation taking part in search operations for (enemy) submarines.”

US, S Korea, Japan envoys meet as N Korea appears to prepare nuclear test. Officials from the United States, South Korea and Japan met in Seoul on Friday to prepare for “all contingencies” amid signs North Korea is preparing to conduct a nuclear test for the first time since 2017.

Israel simulates long-range airstrikes over Mediterranean. The Israeli military said Wednesday that dozens of its aircraft conducted a drill simulating airstrikes on long-range targets, a thinly veiled reference to a possible attack on regional rival Iran.