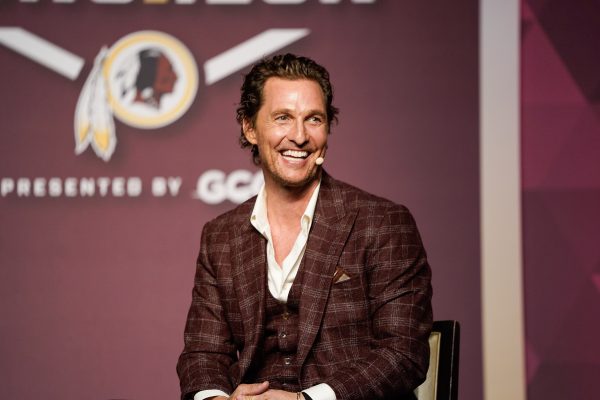 ANALYSIS – In a surprisingly thoughtful opinion editorial piece for USA Today and following the Robb Elementary school massacre at his hometown, actor Matthew McConaughey — possibly hoping to burnish his political credentials for a future run for Texas governor — attempts to bridge the vast gun rights vs gun control chasm.

In his OPED, the Uvalde native argues that there is a big difference between gun control and gun responsibility. And he is spot on. Banning guns is not the answer. But also, ‘gun responsibility’ can be a way to protect our gun rights.

However, as always, the problems arise when you wade into the weeds of specific policies. And that’s no different in this case.

McConaughey starts off by strongly affirming his belief in the 2nd Amendment:

I believe that responsible, law-abiding Americans have a Second Amendment right, enshrined by our Founders, to bear arms. I also believe we have a cultural obligation to take steps toward slowing down the senseless killing of our children. The debate about gun control has delivered nothing but status quo. It’s time we talk about gun responsibility.

And then makes his reasonable argument:

There is a difference between control and responsibility. The first is a mandate that can infringe on our right; the second is a duty that will preserve it. There is no constitutional barrier to gun responsibility. Keeping firearms out of the hands of dangerous people is not only the responsible thing to do, it is also the best way to protect the Second Amendment. We can do both.

All good so far.

He also notes that: “Integrating gun safety training, safe storage proposals and bolstering school safety are also beneficial, but they are not government-only solutions. Companies, private organizations, and responsible gun owners have a big role to play.”

And then he makes his recommendations which he considers imminently reasonable.

They include background checks, which most Americans do support, ‘Red Flag’ laws to prevent those considered dangerous or unstable from having guns ‘temporarily,’ which also sound reasonable, and waiting periods for buying AR-15 style rifles, to barring anyone under age 21 from owning an AR-15.

And that’s where things get sticky.

While I’m on board with enforcing our current background checks process, and fixing loopholes, why the focus on AR-15s when they are only used in an infinitesimal percentage of murders in the United States? McConaughey even specifies that 12-gauge shotguns or lever-action hunting rifles are ok.

First let’s be clear, mass killing of three or more persons in the U.S. by someone with a firearm are a tiny percentage of the murders in America. And those committed by crazed killers with AR-15s are an even smaller subset.

Pew Research notes that “Regardless of the definition being used, fatalities in mass shooting incidents in the U.S. account for a small fraction of all gun murders that occur nationwide each year.” Pew adds that:

Secondly, if 18-year-olds are considered legal adults, old enough to vote and drive deadly automobiles which kill far more Americans than guns, and they can go to war for us, why can’t they own a firearm guaranteed under the Constitution?

This makes no sense, and in my view is unconstitutional.

And then there are the ‘Red Flag’ laws which on paper make sense, and in Florida have been implemented as a ‘risk protection’ court order by Republicans after the horrific 2018 Parkland school shooting.

This despite powerful resistance from the NRA, who, correctly, sees any gun restriction measure as a step toward Democrats’ goal of banning firearms.

…the state law provides police a path to ask a judge to temporarily bar dangerous individuals from possessing or purchasing a firearm. Since its creation, Florida judges have acted more than 8,000 times to keep guns out of the hands of people authorities deemed a risk to themselves or others, according to data maintained by the Office of the State Courts Administrator.

But as Rep. Dan Crenshaw, a Republican from Texas, said:

What you’re essentially trying to do with the red flag law is enforce the law before the law has been broken. And it’s a really difficult thing to do, it’s difficult to assess whether somebody is a threat. Now if they are such a threat that they’re threatening somebody with a weapon already, well, then they’ve already broken the law. So why do you need this other law?

Still, many conservative Republicans are on board with the idea of local police, with court approval temporarily restricting gun access for certain individuals showing dangerous behaviors. And this might be one common sense compromise I could support.

Especially if it is done INSTEAD of restricting an entire class of firearm from American adults or banning those weapons outright. But only if it is done at the state and local level.

As the 2nd Amendment states: Congress can pass no law to abridge our right to bear arms.

These court orders must also not have any connection to ‘no-fly’ or other government watch lists which are notoriously faulty.

And finally, there are waiting periods to buy guns which also seem reasonable to prevent emotional purchase by someone unwell, mentally unstable, under the influence or enraged. Sounds good to me except if applied as a blanket rule.

What happens to the woman who is being threatened by an abusive ex and gets murdered by him while waiting for her gun waiting period to end?

My point is that while McConaughey makes a valiant attempt to defend our second amendment rights, while still proposing common sense ‘gun responsibility’ solutions — once you dig a bit, not all of them are as clear cut as they first seem.

Still, by making the suggestions in the thoughtful manner he did, McConaughey is making the gun debate a far more intelligent and civil one to have. Kudos to him for that.