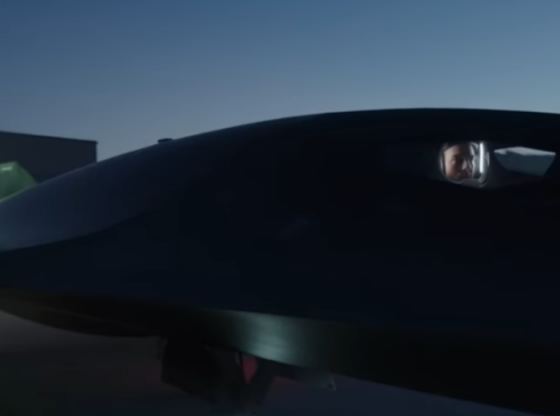 Military aviation experts note that the ‘Darkstar’ hypersonic jet in Tom Cruise’s latest movie, ‘Top Gun: Maverick,’ might offer a sneak peek at what might be the SR-72 – the super-secret experimental spy plane under development by Lockheed Martin.

To help director Joseph Kosinski and Paramount Pictures, engineers from Lockheed Martin’s Skunk Works partnered with the Top Gun production team to design what might be a variant of their hypersonic SR-72 plane with a few modifications to make it look even cooler on the big screen as both a full-sized physical mock-up and an airborne CGI version.

According to The Drive, “Lockheed Martin has given us a more complete look at the full-size mockup of the fictional Darkstar hypersonic aircraft” used in the movie:

… views of the mockup are contained in a behind-the-scenes video featurette, seen below, which Lockheed Martin released yesterday. This follows the company posting a trio of videos online, along with a complete website, that offered new details about Skunk Works’ involvement in creating Darkstar last week.

“We based the design on the fastest aircraft, the SR-71 [Blackbird], which Lockheed built in the 1960s. The team wanted to go beyond that.” Top Gun: Maverick’s director Joseph Kosinski says in the video. “We integrated their Skunk Works designers with our designers on the film side.”

“There’s no way we could have done Darkstar the way we did without their help,” Kosinski explains.

“Through their design team, we learned how to make the plane look angry, mean, insanely fast,” Jeremy Hindle, the film’s Production Designer, adds. “We lowered it a little bit. It also made it look a little sleeker and faster.”

“The cockpit was mindblowing. …you really wanted to believe that it was real,” Hindle continues.

Conceptual renderings of the SR-72 released over the past few years bear striking resemblance to the ‘Darkstar’ and speculations have swarmed around it since the $170 million film went into pre-production way back in 2017. 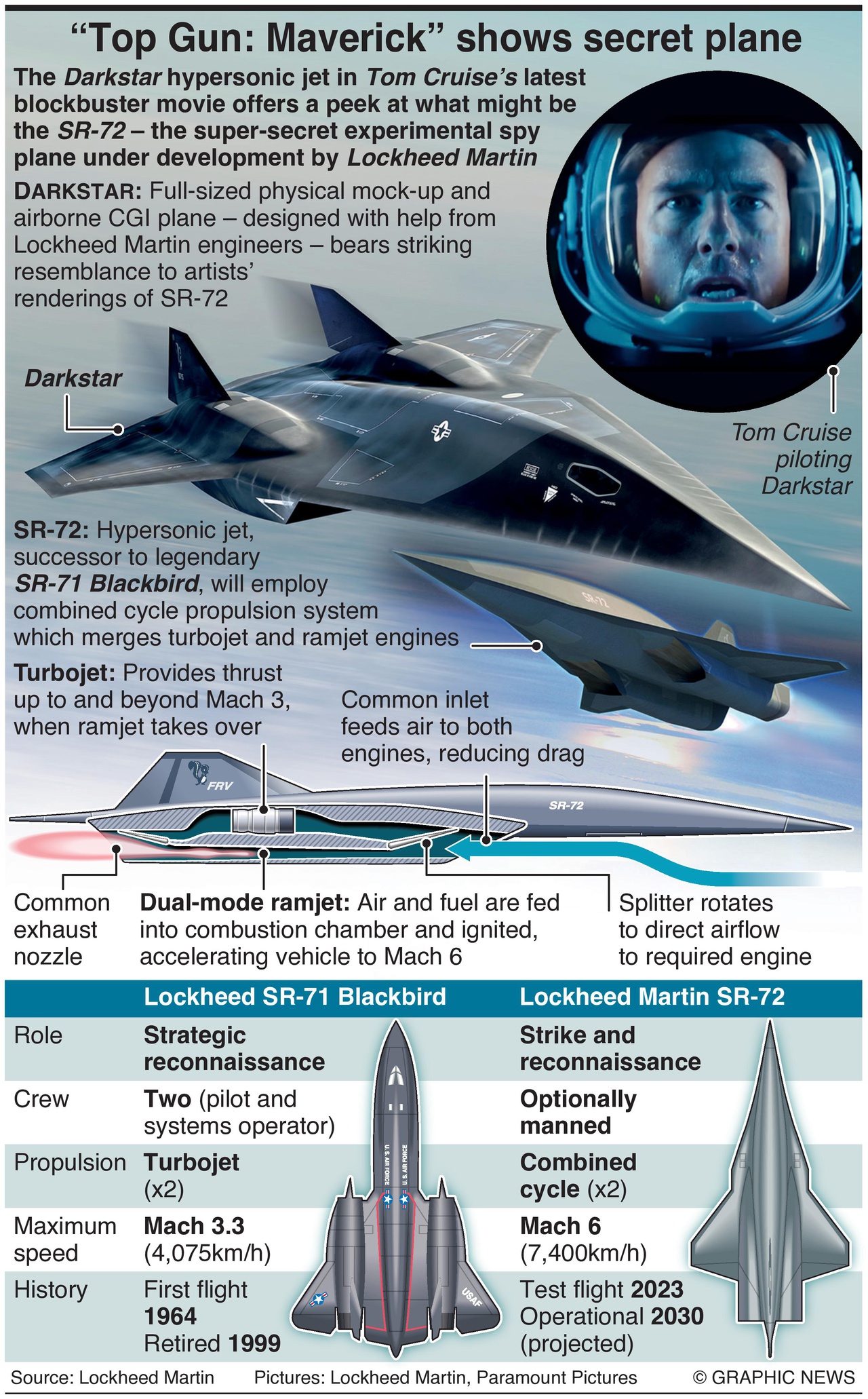 In real-life, the SR-72 has yet to officially take its first flight, which is due to occur sometime next year.

It has been rumored that the plane would have an advanced propulsion system revolving around a turbine-based combined cycle, which is the fusion of a modified fighter turbine engine with a dual-mode ramjet.

This type of hybrid engine would launch the Darkstar jet towards the heavens at the staggering speed of 4,600 miles-per-hour.

For now, ‘Top Gun: Maverick’ is just a cool movie, but sometime next year the world may see the real ‘Darkstar’ hypersonic jet. And that will be even cooler. ADN