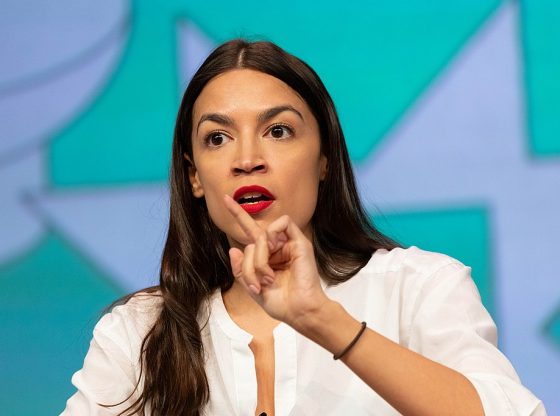 The day after police detained an armed 26-year-old man in front of Justice Brett Kavanaugh’s home in Maryland who confessed he was there to murder Kavanaugh, Representative Alexandria Ocasio-Cortez, (AOC) the far-left Democrat from New York, bragged about helping to block a bill that would increase security for the Supreme Court.

In a video, AOC shared to her Instagram purporting to show her rushing to the floor of the House of Representatives to object to unanimous consent for the bill, she says:

I wake up this morning and I start to hear murmurs that there is going to be an attempt to pass the Supreme Court Supplemental Protection Bill the day after gun safety legislation for schools and kids and people is stalled.

The potential assassin, Nicholas John Roske, was found with a Glock 17 handgun, two loaded magazines, a tactical knife, pepper spray, and zip ties, along with a hammer, a screwdriver, and other burglary tools in his backpack.

Roske claimed he was suicidal and wanted to give his life meaning by killing Kavanaugh over the leaked draft Supreme Court decision that would overturn Roe vs Wade.

Despite the increased threats against the Justices, and the attempted murder of Kavanaugh the day before, AOC still did all she could to block the bill to provide added 24-hour security to the Justices and their families.

The bill is likely to come up for a vote in the House next week. Meanwhile the nine Justices are currently being protected full time. ADN

[…] as I also wrote, the day after this attempted murder, AOC bragged about helping to block a bill that would increase security for the Supreme […]