Image by GRAPHICALBRAIN from Pixabay

In a major defeat for American interests in Latin America, and likely for democracy and free markets as well, the far left has won the presidency in traditionally conservative Colombia for the first time ever.

On Sunday night, Gustavo Petro, a senator, and former communist guerrilla, was elected the country’s first leftist president. And the repercussions could be significant. 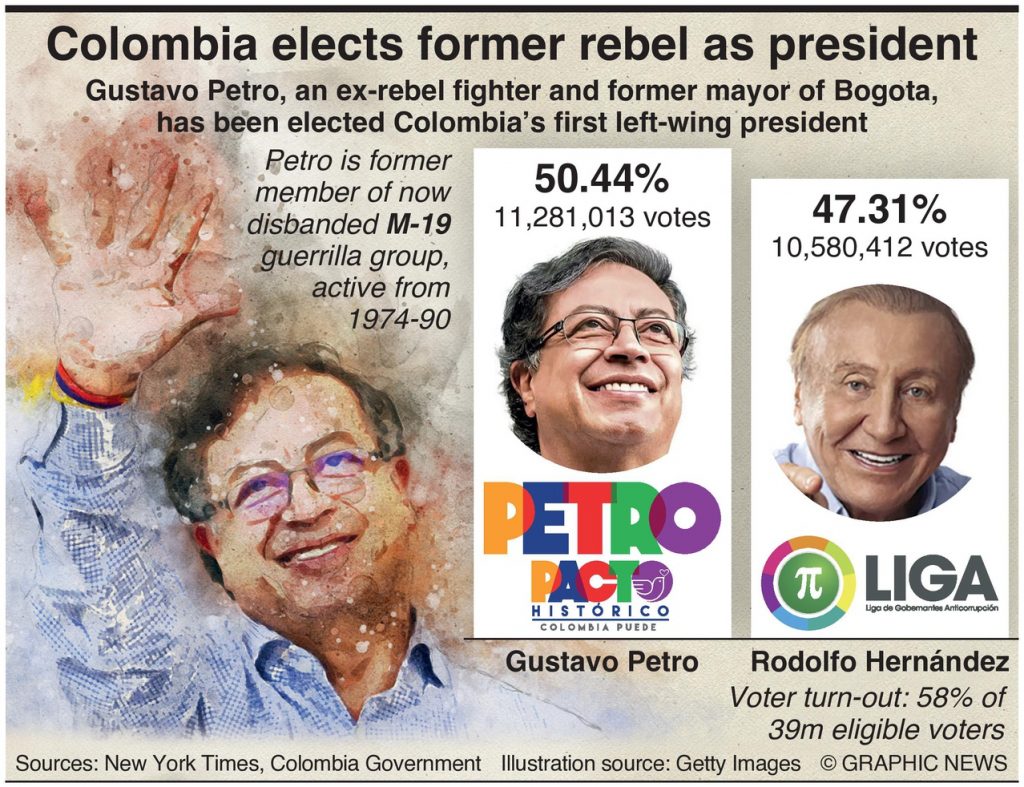 This leftist victory is only the latest in a string of victories since the Wuhan pandemic hit Latin America hard in 2020, and a new neo-Marxist alliance could be in the works in America’s backyard.

And now it has happened in Colombia, a country where the left has long been associated with guerrilla movements over decades of bloody internal conflict. Leftist candidates who dared to run for office in the past were often assassinated. This time around, the conservative establishment’s chosen candidate failed to even make it to the second round after his message about the dangers of a Petro presidency fell flat.

Last year Peru elected Marxist schoolteacher Pedro Castillo as president, and in Chile, the free-market model of the region, a 36-year-old former student activist Gabriel Boric brought the left back to power.

The next country to watch is Brazil, which the Post notes is:

…the largest country in Latin America, where former president Luiz Inácio Lula da Silva leads polls to unseat President Jair Bolsonaro in October. A Lula victory would mean all of the largest countries in the region, including Mexico and Argentina, are led by leftist presidents.

Sounding very different from the Leftist leaders of the past like Cuba’s Castro or Venezuela’s Hugo Chavez, these new leftists are downplaying socialist revolution and playing up climate change, ethnic warfare, and LGBTQ rights.

But as The Post reports, the Left is still the Left:

Petro’s critics fear that his ambitious plans, including his redistributive policies and his proposal to ban new oil exploration, could ruin Colombia’s economy. Others worry about his willingness to work around democratic institutions to push through his agenda; he has proposed an economic state of emergency to combat hunger.

More worrisome is the possibility of a growing neo-Marxist regional alliance.

In an interview with The Washington Post earlier this year, Petro said that he envisions a leftist alliance with Chile and Brazil.

If Lula wins and Petro succeeds, this coalition could be a powerful force in the hemisphere — and could leave the United States on the sidelines.

It could do far worse than that, especially if these new leftists cozy up to radical Venezuela, socialist Cuba, communist China, and Putin’s Russia. ADN