Democrats Pause Jan. 6 ‘Insurrection’ Hearing to Incite their Own Insurrection

Democrats Pause Jan. 6 ‘Insurrection’ Hearing to Incite their Own Insurrection 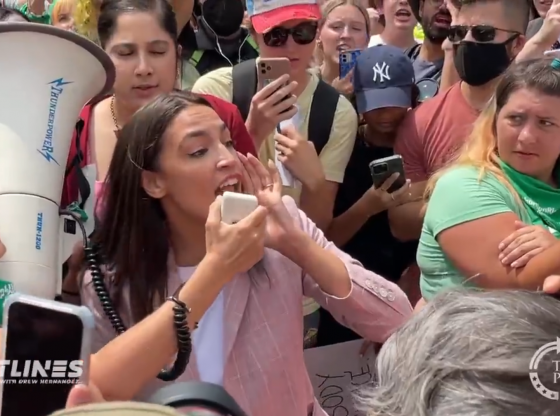 That funny satire refers to the absurdity of Democrats in Congress pausing their one-sided Salem witch trial against former President Donald Trump for allegedly inciting an insurrection against Congress, to incite their own violent insurrection against the Supreme Court.

Democrats have temporarily pushed pause on the January 6th hearings in order to lead an insurrection against the federal government.

“On January 6th, a branch of our federal government was almost overthrown because politicians used dangerous rhetoric that caused—wait, hold on everyone, I just got the update. Roe’s been overturned!” said Representative Adam Schiff. “Okay, well if all the Republicans could please sit tight, there will be a brief recess while our Democratic caucus takes to the streets demanding we overthrow a branch of the federal government.”

But as funny as this is, this really isn’t satire. This is exactly what Democrats and the Left are now doing.

Witness story after story of Congressional leaders screaming that the Supreme Court decision overturning Roe v Wade is somehow illegitimate, and the Left must take to the streets to fight.

Just this Sunday, on NBC’s “Meet the Press,’ far left member of ‘the Squad,’ Rep. Alexandria Ocasio-Cortez (D-N.Y.) threatened members of the Supreme Court when she demanded that Supreme Court justices suffer “consequences” for participating in a “hostile takeover” of American democracy.

Ocasio-Cortez (AOC) repeatedly claimed, without evidence, that multiple Supreme Court justices lied under oath during their Senate confirmation hearings and then overturned abortion precedents “without basis.”

Because of that she said: “There must be consequences for such a deeply destabilizing action and a hostile takeover of our democratic institutions.”

On Friday AOC joined protesters outside the Supreme Court to call the institution “illegitimate” and gleefully urged supporters to get “into the streets” to fight for abortion.

BREAKING: Congresswoman @AOC has arrived in front of the Supreme Court and is chanting that the Supreme Court’s decision to overturn Roe v Wade is “illegitimate” and calls for people to get “into the streets” | @TPUSA pic.twitter.com/jNkCYDrLtz

Prior to the decision, after a draft was leaked, Democrats openly targeted conservative Supreme Court justices in the hope of intimidating them to switch their votes and not overturn Roe v. Wade decision.

A far-left group, “Ruth Sent Us,” with ties to the Democratic Party, has published online (known as doxing) the addresses of the six conservative justices on the high court—Chief Justice John Roberts, Samuel Alito, Clarence Thomas, Brett Kavanaugh, Neil Gorsuch and Amy Coney Barrett—and directed liberal activists to protest and harass them in front of their homes. The group even provided Internet maps with specific directions to the justices’ private residences—3 in Virginia and 3 in Maryland.

The goal: To bully and frighten the justices to reverse their support for overturning the 1973 Roe decision, which legalized abortion across America.

This incitement has already led to at least one case of attempted murder against a Supreme Court Justice. And Team Biden has enabled it by doing nothing to stop it. As I noted in my piece June 8, when a heavily armed leftist man was arrested outside the home of Justice Brett Kavanaugh, intending to assassinate the Justice over abortion:

Biden’s Department of Justice (DOJ) failed to prosecute angry protesters outside the homes of several conservative justices for weeks in the wake of the leaked draft memo in May.

While many claim protesting is a protected right, doing so outside the home of a judge is not; it is illegal.

Federal law — Section 1507 of Title 18 of the U.S. Code — clearly states that it is unlawful to protest near a “residence occupied or used by [a] judge, juror, witness, or court officer” with the intent of influencing “the discharge of his duty.”

Why? Because harassing and intimidating justices and their families in their homes is obstruction of justice.

This is similar to the obstruction of congress charge levied against so many Capitol rioters.

Shockingly, as I also wrote, the day after this attempted murder, AOC bragged about helping to block a bill that would increase security for the Supreme Court.

And let’s not forget that Democrat Senator Chuck Schumer said a couple of years back at a pro-abortion rally railed against the same Supreme Court Justice:

I want to tell you Kavanaugh. You have released the whirlwind and you will pay the price. You won’t know what hit you if you go forward.

As I reported May 20, Schumer’s Democrat-created whirlwind is growing with an “unclassified May 13 Department of Homeland Security (DHS) memo warning of a surge in violence surrounding the Supreme Court’s expected ruling overturning Roe vs Wade.”

“Most seriously, law enforcement agencies are investigating online threats to burn down or storm the Supreme Court building and murder justices and their clerks.”

So yes, Democrats are pausing their Jan 6 ‘Insurrection’ hearing against Trump to incite their own violent insurrection against the Supreme Court. This isn’t satire. ADN

The facial expression of the woman in green says all you need to know.

AOC is trying to start an Insurrection and must be removed from office and put in prison.